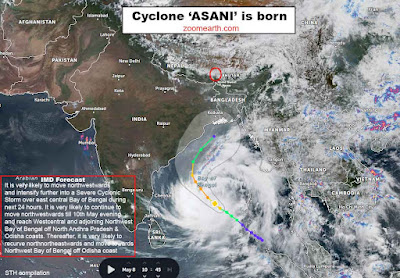 As earlier said, STH uses WhatsApp, a very popular and versatile social media platform to disseminate information and warnings on hazards in this area as such our activity on this blog is minimal and restricted to disbursing rainfall records, information on major landslide activity and keeping a record of STH activities.
As regards storms in the Bay of Bengal, two earlier depressions which we made note of, fizzled out and never became full blown cyclones. In fact the one which dissipated over Myanmar on 23Mar2022 was supposed to have become Cyclone ASANI.
We are tracking and updating members of STH's HAZARD ALERT WhatsApp group continuously on the progress of the cyclone.

Update on the Cyclone tracks 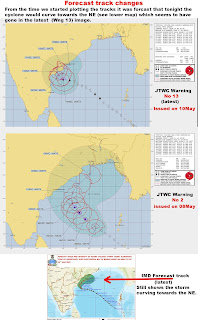