Will there be another big earthquake tonight? plus this and that...

Posted by SaveTheHills at 11:25 AM No comments: 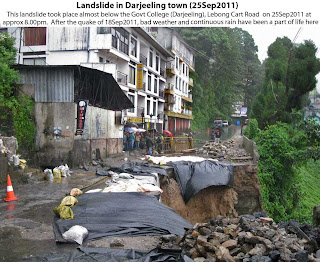 Impact on Education
Since the landslide makes the school, St Joseph's School, North Point,  virtually unapproachable by taxis and conventional transport, the administration has declared an extended Puja festival vacation from today (26Sep2011) until 17Oct201.
Mt Hermon School, in the same area, is another institution which will decide on whether they should close early.


Posted by SaveTheHills at 8:32 PM No comments: 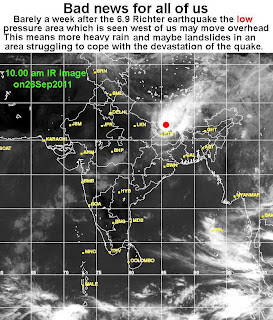 I have been tracking this depression/low pressure since 22Sep2011 (see here). After moving  inland on 22Sep, it has somehow swerved towards us and now lies to the west of us (red dot). As per meteorologists the system is likely to move in a northeasterly direction and may come over the Darjeeling-Sikkim Himalaya which has already had heavy and incessant rain for 24hrs. This is certainly bad news for us, who are struggling to cope with the aftermath of the 6.9 Richter EQ of 18Sep2011 and also because the heavy rain is coming down on earth which is thoroughly saturated after 5 months of rain.
I urge all readers of this blog from this region to remain updated about the movement of the system from this page.
Rainfall in Kalimpong for the past two days has been :- 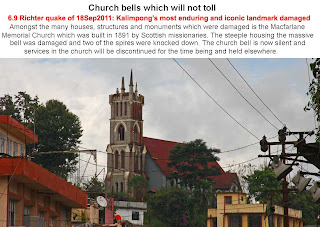 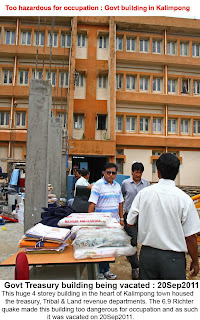 STH storm watch : Depression in the Bay of Bengal, 22Sep2011

Since most of the landslides in this region are rain-induced, it is our business to keep a close track of developments in Bay of Bengal in order to give early warning of adverse weather.
Placed below is the Infra -Red image of a depression in the Bay along with the IMetD forecast. 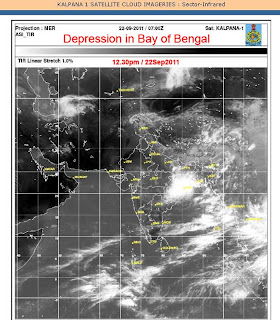 Praful Rao
Posted by SaveTheHills at 2:04 PM No comments:

My thanks to Mr GN Raha of IMetD (Gangtok) for this report, the pdf version is here 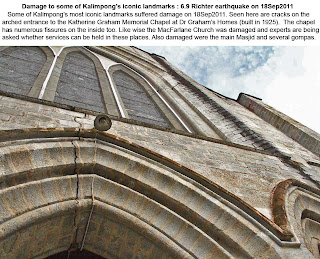 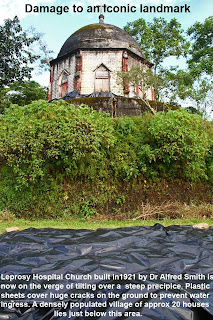 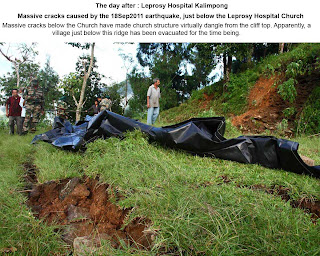 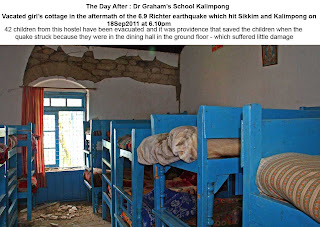 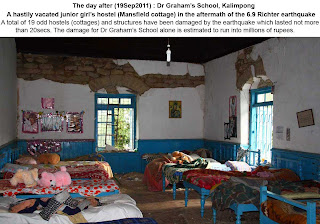 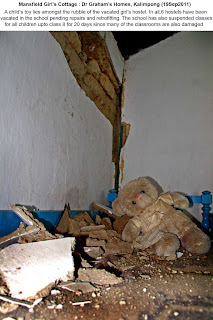 Posted by SaveTheHills at 9:22 PM No comments: 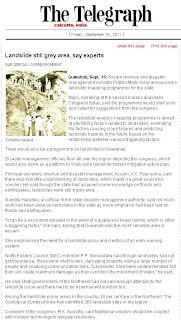 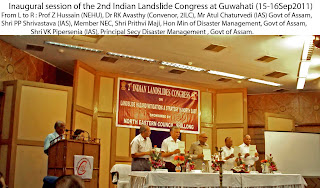 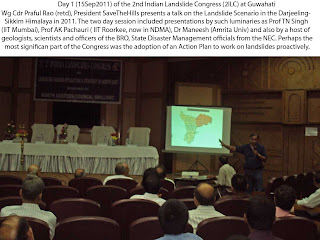 We attended the 1st Indian Landslide Congress in Lucknow last year and it was again a unique privilege to attend the second one in Guwahati, in the state of Assam, on the 15-16Sep2011.
The Congress was the initiative of Indian Landslides (NIIM, Shillong) with Dr RK Avasthy (former Director, Geological Survey of India) as the convenor - and it was backed to the hilt by NEC member, Shri PP Shrivastav (IAS).
There were 24 presentations made in 4 technical sessions and what emerged from the Congress was :-

Posted by SaveTheHills at 1:57 PM No comments:

Rainfall was more or less normal for all three towns in the district with Kurseong again receiving the heaviest rain. The only  landslide which took place in Darjeeling was in the town on 24/25Aug2011 with no casualties. It was a different in west Sikkim where a landslide killed 3 during the heavy downpour of the same period. In both cases it was not only the heavy rainfall which caused the landslides - anthropogenic factors such as road construction and lack of drainage were also the main causative factors.
Regrettably, I could not get either the rainfall data nor photos from the landslide in West Sikkim

Praful Rao
Posted by SaveTheHills at 4:51 PM No comments: 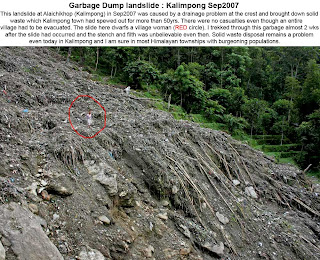 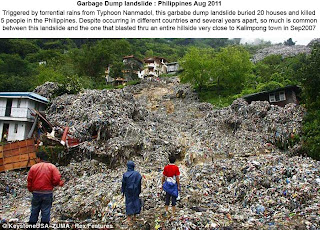 Posted by SaveTheHills at 4:17 PM No comments: