Jun2021 rainfall data of some towns of the Darjeeling - Sikkim Himalaya, STH activities and the Landslides 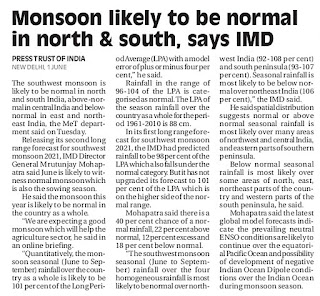 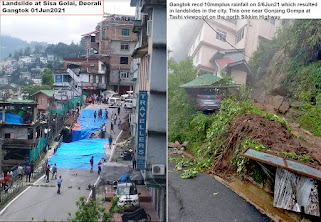 Rainfall in Jun2021 was more or less normal  in most parts of Sub Himalayan W Bengal and Sikkim but the changing rainfall patterns (where we alternate from deficient rainfall and a huge excess within days), the rapid and often unplanned urbanization and the total disregard to constructing an efficient drainage system capable of handling the huge volumes of water which the rainfall brings contributed to a number of landslides in our region thru June2021. 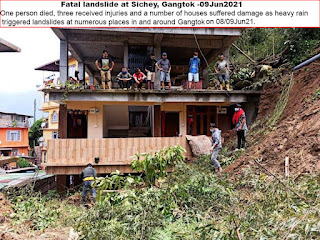 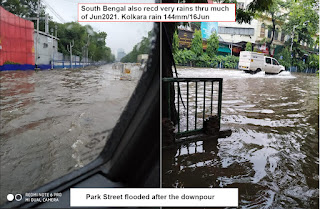 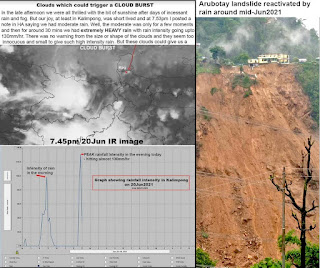 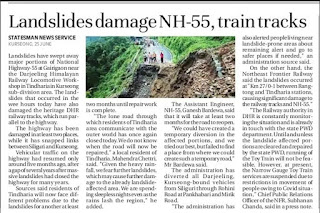 Posted by SaveTheHills at 10:29 AM No comments: