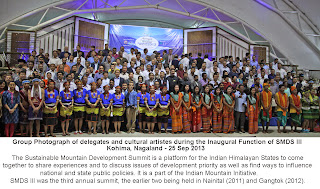 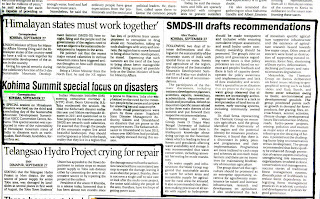 STH was a part of a 14 member team from Darjeeling district which attended the Sustainable Mountain Development Summit III at Kohima, Nagaland between 25-27Sep2013. This was the first time that Darjeeling was represented independantly (earlier we attended as a part of the Sikkim delegation) and I am glad to say we did have participants for all the three major themes under discussion during the summit ie WATER, AGRICULTURE and FORESTS.
The summit, organized jointly by CHEA, ECOSS and SDFN was inaugurated by the Chief Minister of Nagaland, Mt Neiphiu Rio on 25Sep2013 and had representation from all the 11 Indian mountain states plus two mountain districts (Darjeeling being one) and had senior executives/officials  from  the Govt of India (MOEF) as well as those from UNDP, ICIMOD, GIS, Swiss govt in attendance.
It gave STH a wonderful opportunity to talk about landslides in a thematic session held on "Hydrological Disasters" and also to interact with many who were interested in the landslide disaster scenario in this part of the world.
STH has been a part of the SMD Summits since its inception in 2011 and wishes to thank the organizers of SMDS III for making our participation possible this time also.
You can read more about SMDS III here (1,2 and 3)

Posted by SaveTheHills at 3:59 PM No comments:

This is our 7th year and considering the fact that the South Westerly monsoon has been mild  in SHWB (Sub Himalayan West Bengal) and Sikkim Himalaya this year, we should consider ourselves lucky. That said, below are some of our accomplishments over the years : 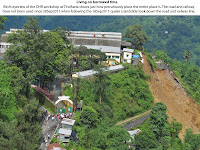 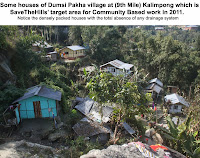 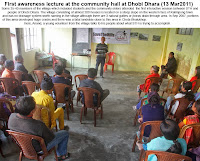 Though the task ahead is daunting, STH is slowly inching towards its principal objective which is the prevention, mitigation and management of landslide hazards in the Darjeeling and Sikkim Himalaya.
By enhancing public / government awareness and building capacity we can increase the resilience of our mountain communities towards landslide disasters and learn to live better with a disaster form which is as old as the mountains.


SaveTheHills is shortlisted as one of the 6 finalists for the FEDEX award for "Innovations in Disaster Preparedness" and as such participated in a webinar organized by Interaction on12Sep2013.
Placed above is a 12 minute clip, a sort of collage of the webinar of 12Sep2013. The entire program lasted a little more than an hour and mercifully the internet here was rock steady for the duration.
Anticipating connectivity problems STH had uploaded a  pre-recorded 3min presentaion onto Youtube much earlier and the same was shown during the webinar (whereas most other finalists presented LIVE)
We regret not being able to upload the entire proceedings due to costs involved. 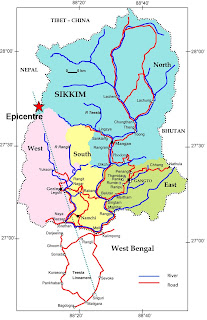 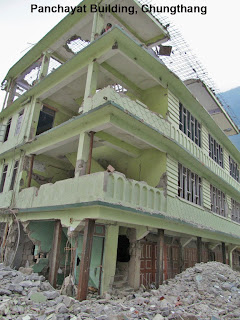 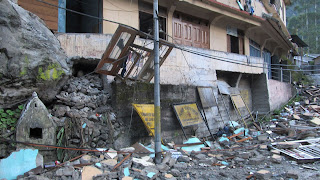 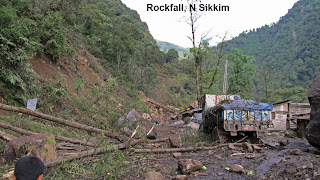 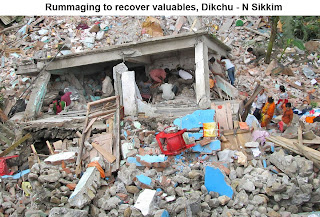 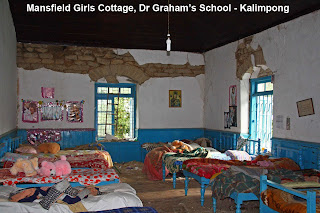 A strong earthquake of magnitude M: 6.8 shook Sikkim and Darjeeling areas of India and adjoining Nepal at 18.11 hours IST on 18Sept 2011 with its epicentre near the Sikkim-Nepal border, about 68 km northwest of Gangtok.
Placed above are some images of the region after the earthquake. You can read on the quake here (1, 2, 3) 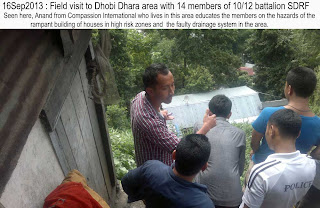 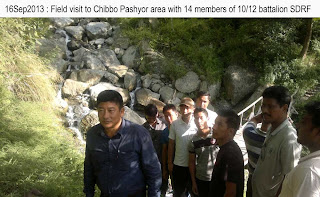 16Sep2013
STH held an awareness camp for 14 members (including two officers) from 10/12 battalion Armed Police who have recently been the assigned the role of the West Bengal SDRF (State Disaster Response Force). As is known during non-disaster periods eg the dry winter months, a primary role of both the national and state disaster response forces is training of communities/ NGOs.
The subjects covered in the presentation were the structure of the DM organization in India, cause and effect of landslides, their prevention and mitigation and landslides zones in the vicinity of Kalimpong town.
This was followed by a field visit to the landslide prone areas at  Dhobi Dhara and Chibbo - Pashyor .
STH has worked with the NDRF (National Disaster Response Force) in the past in raising awareness about disasters and community capacity building (Seen here and here) and hopes to do the same with the SDRF too.
Special thanks goes to Anand from Compassion International and the SDRF group that came all the way from Siliguri to attend the session.


Posted by SaveTheHills at 9:37 AM No comments:


Forum on Engineering Interventions in Disaster 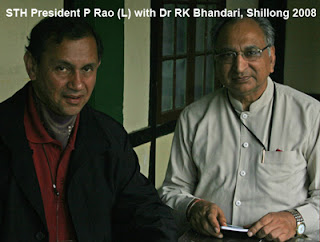 Comment by Praful Rao
Dr RK Bhandari, is long acknowledged to be one of the foremost authorities on landslides in the world. STH is proud to be associated with him from several years back.
Posted by SaveTheHills at 4:25 PM No comments:

Excerpt from NDTV : Is India ready for the next big disaster?

You can see the full video here

Posted by SaveTheHills at 6:25 AM No comments: 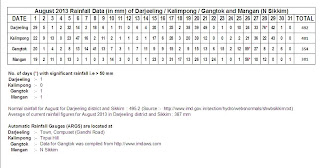 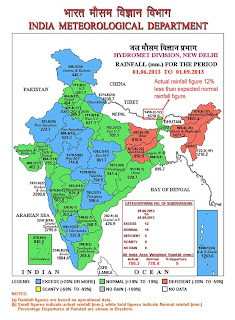 August 2013 saw a flurry of activity in the Bay of Bengal with a number of low pressures forming. The low pressure reported just south of Kolkata by IMetD on 19Aug2013 caused moisture bearing clouds to move towards the Darjeeling Sikkim Himalaya resulting in the "Hurricane" in Darjeeling between 22:00 hrs and 00:00 hrs that night.

Strangely, even though the bay was swamped by low pressure systems in August 2013 , the Darjeeling Sikkim Himalaya and most of the North East still remained deficient in rain. Most of the low pressures that formed traced a North Westerly path giving excessive rain to most of central India and Rajasthan (shown above).

No fatalities were caused by landslides in August 2013

September is when the SW monsoon slowly retreats from the Indian sub-continent, nonetheless from this month onwards STH will also include rainfall data from Siliguri and a few other stations in our monthly rainfall report for those interested in the hydrology of this area.

Posted by SaveTheHills at 3:47 PM No comments: