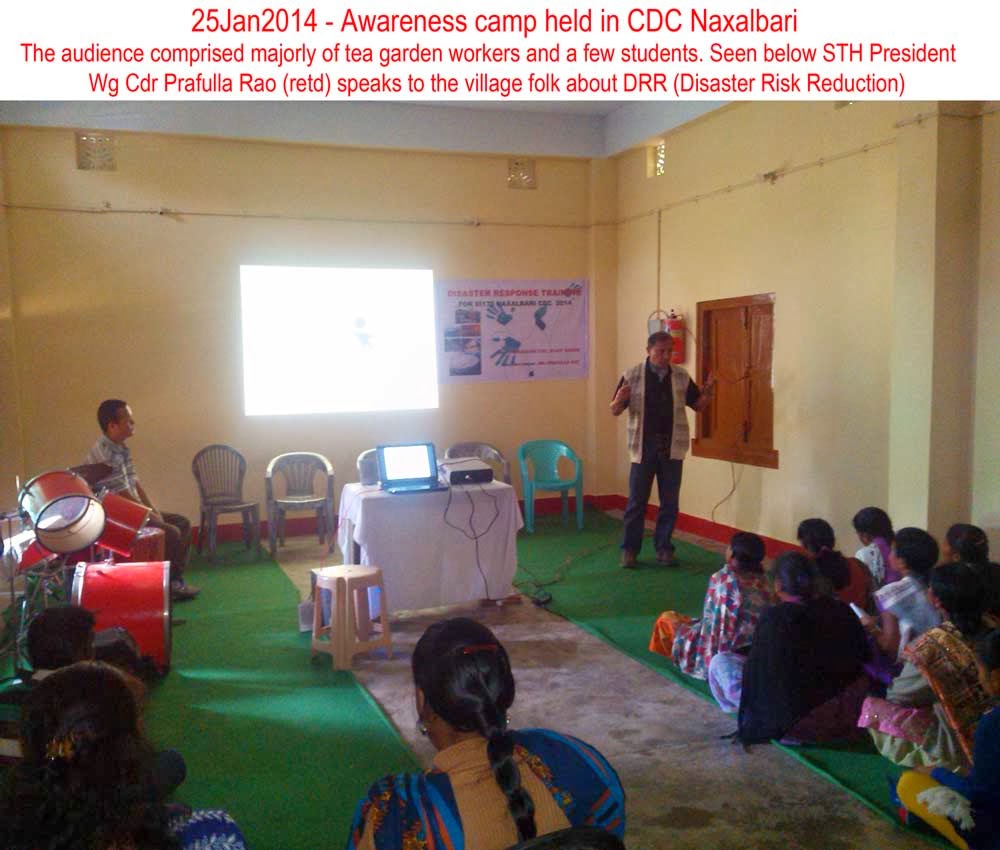 In an effort to raise awareness amongst the rural community of Naxalbari , STH was in Bijoy Nagar T.E at Naxalbari, North Bengal on 25Jan2014 and held an awareness camp in the CDC (Child Development Center) complex there.
The 20-25 attendees consisted mainly of tea garden workers and a few students. The session was conducted in Hindi and covered DRR (Disaster Risk Reduction) and domestic fire safety.
Special thanks to Mr.Amosh from Compassion for organizing the camp. 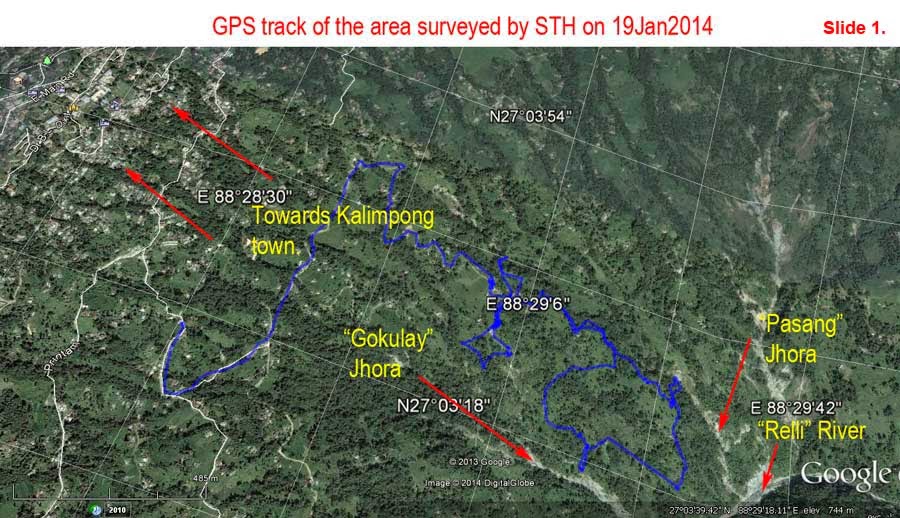 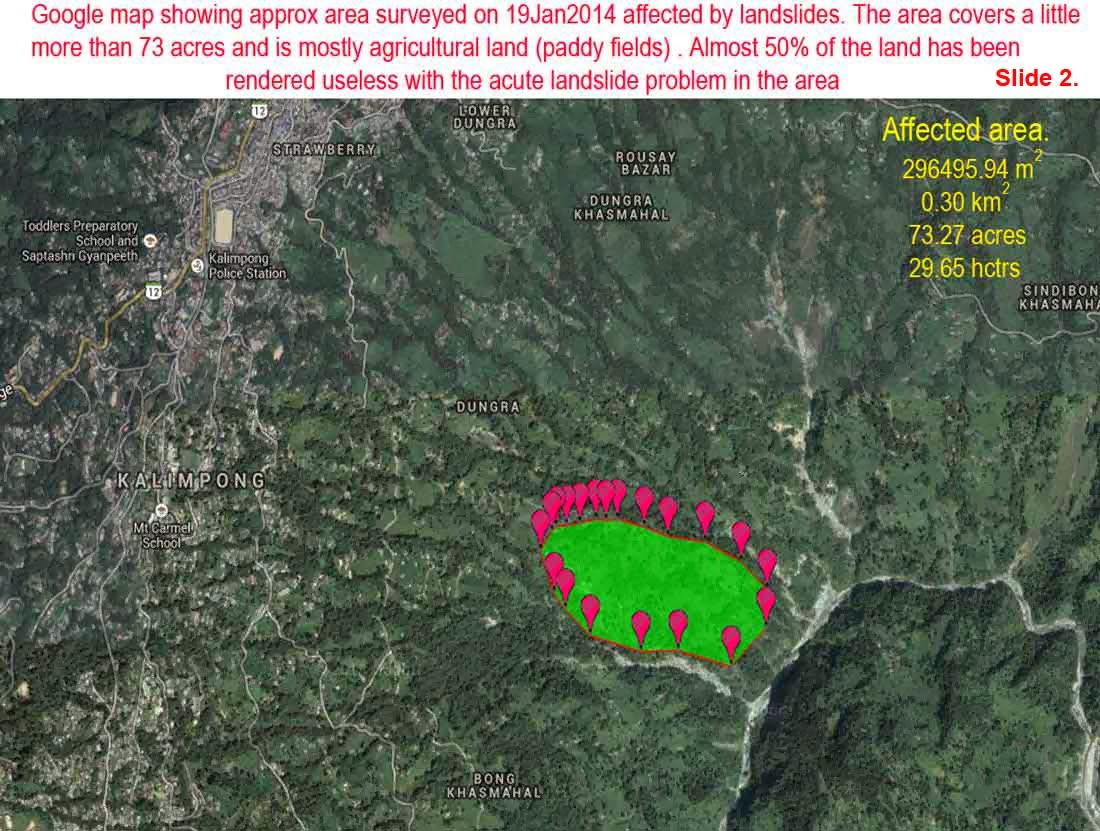 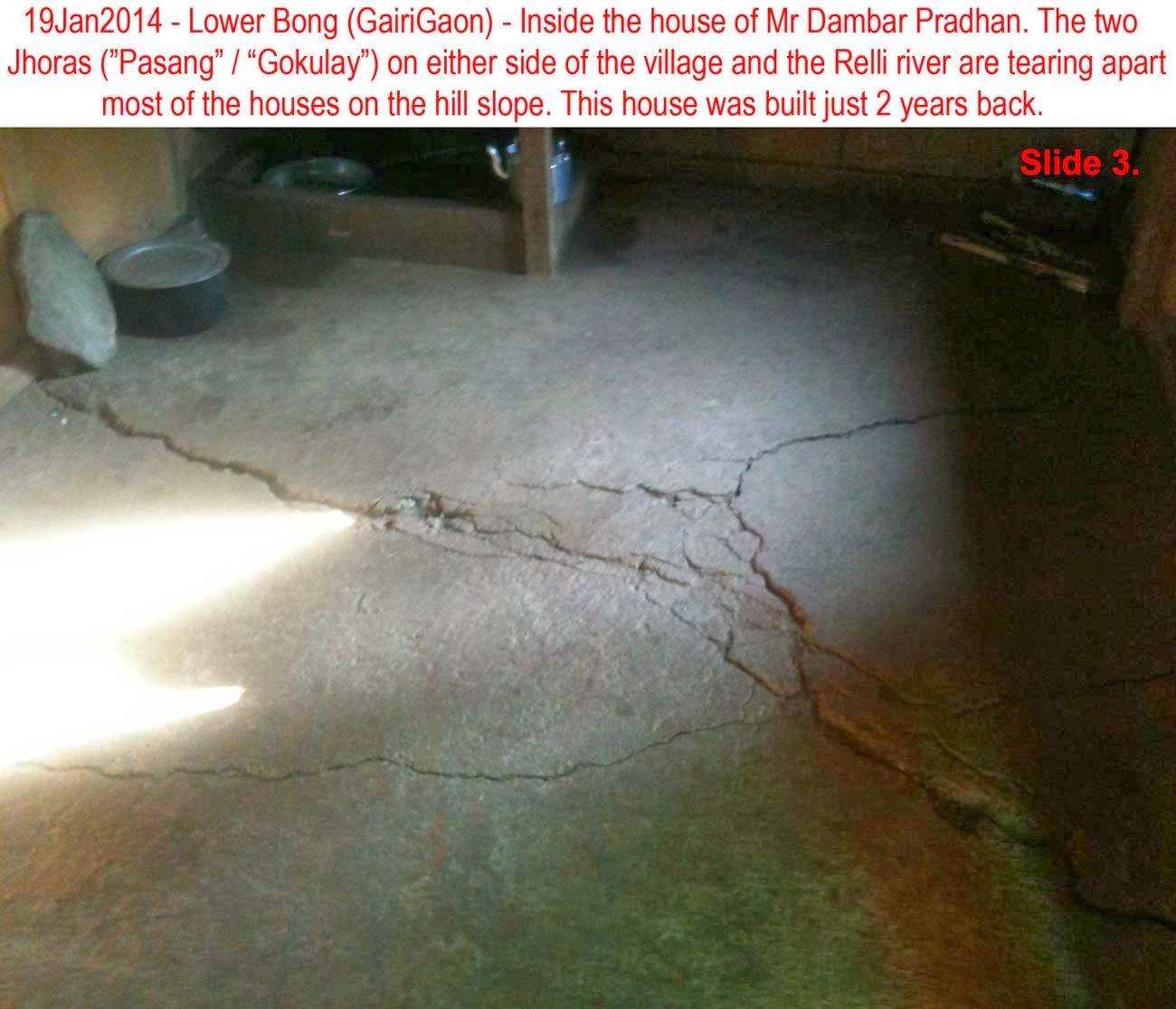 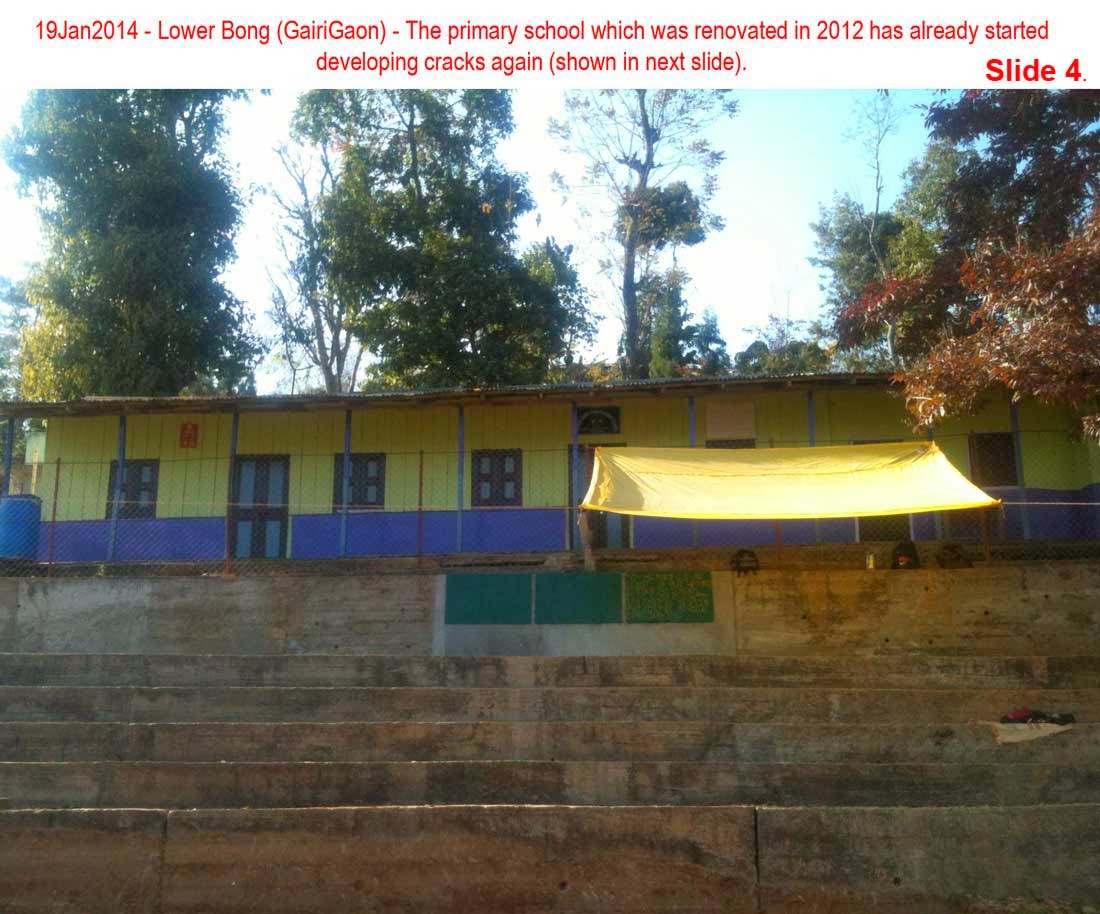 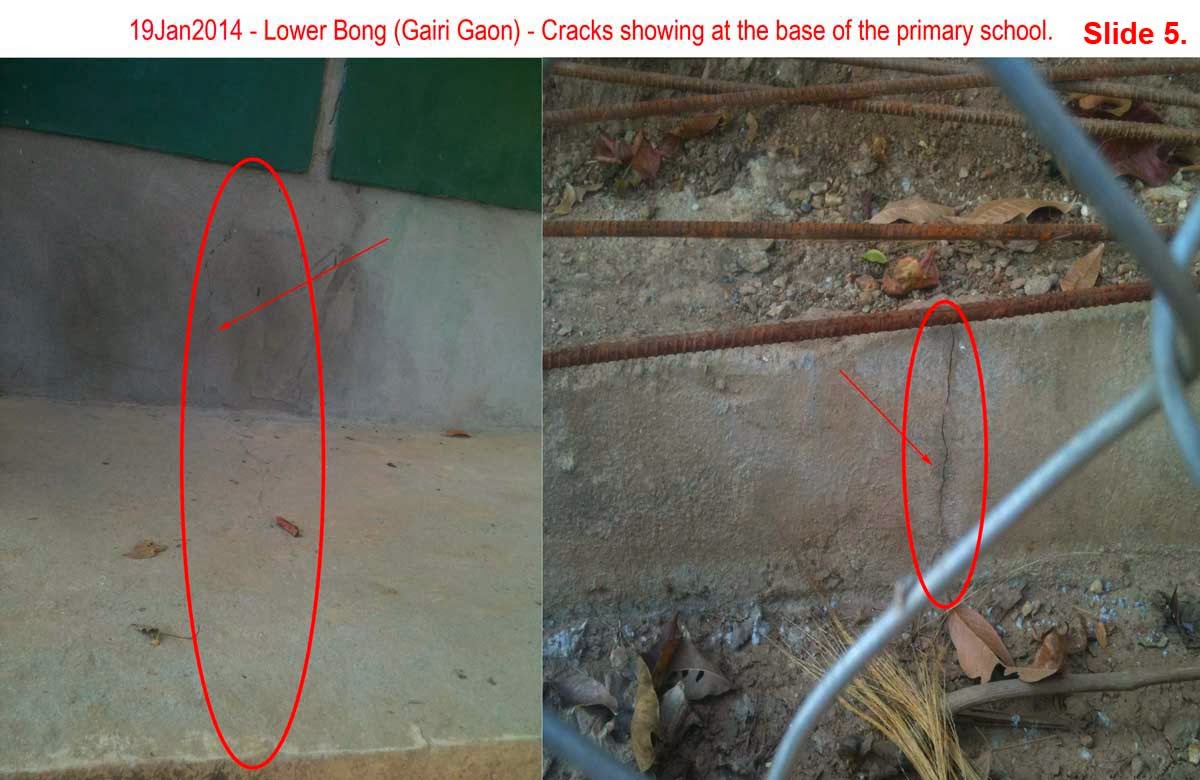 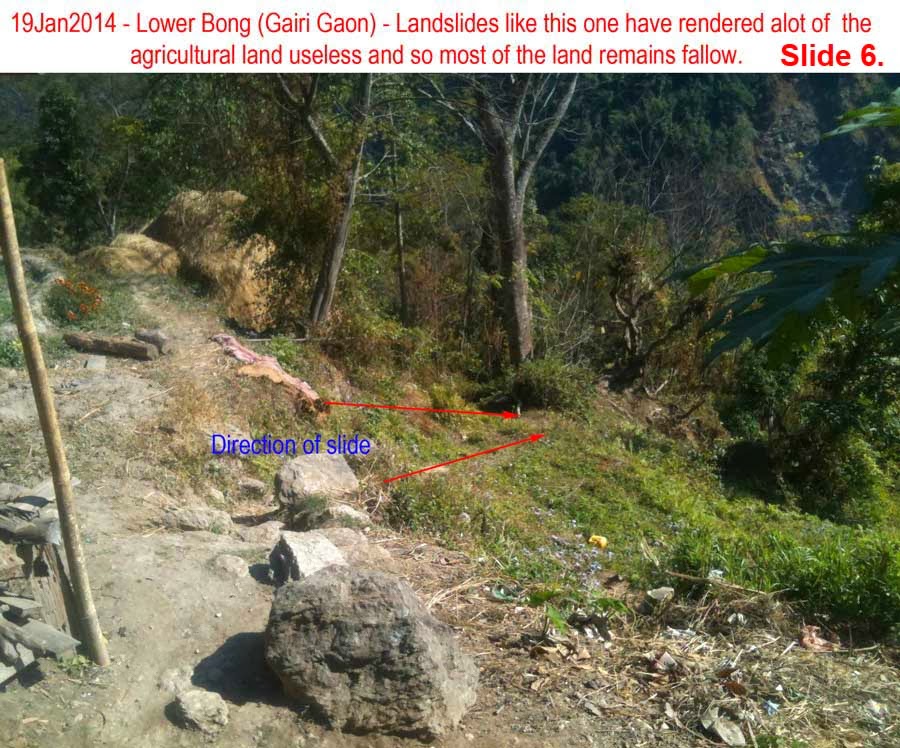 On 19Jan2014, STH visited Gairi Gaon (Bong Gram Panchayat), which lies on the eastern face of the Kalimpong ridgeline, directly below densely populated portions of the town. Agriculture, which is the main source of income for people in this village has come under threat with the landslide problem in the area.
The root causes of the landslides appear to be :


Since help from the govt or any NGO seems implausible, the villagers themselves contributed to constructing a road constructed in 2012, prior to which the only way to get to the village was on foot.
Also, since there is no form of compensation given to farmers who have lost their land to a landslide by the government many people have lost there means of livelihood. The area surveyed by STH covers roughly about 73acres (Slide 2.) of which approx 37 acres have been affected in someway by landslide activity. The alarming rate of wear and tear and its effect on the land is clearly evident when we look at the local school which was renovated in 2012 and has already started developing cracks (Slides 4&5).

The grave reality of the situation though is that all these landslides (other major landslide areas - Sindebung,Chibbo) are actually growing in size each year, slowly nibbling away at the land that surrounds them and unless some sort of mitigation work to stop or slow this process down is done, in the foreseeable future we risk the destabilization of the whole Kalimpong town itself. 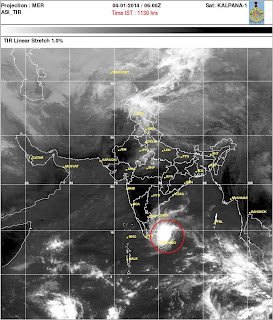