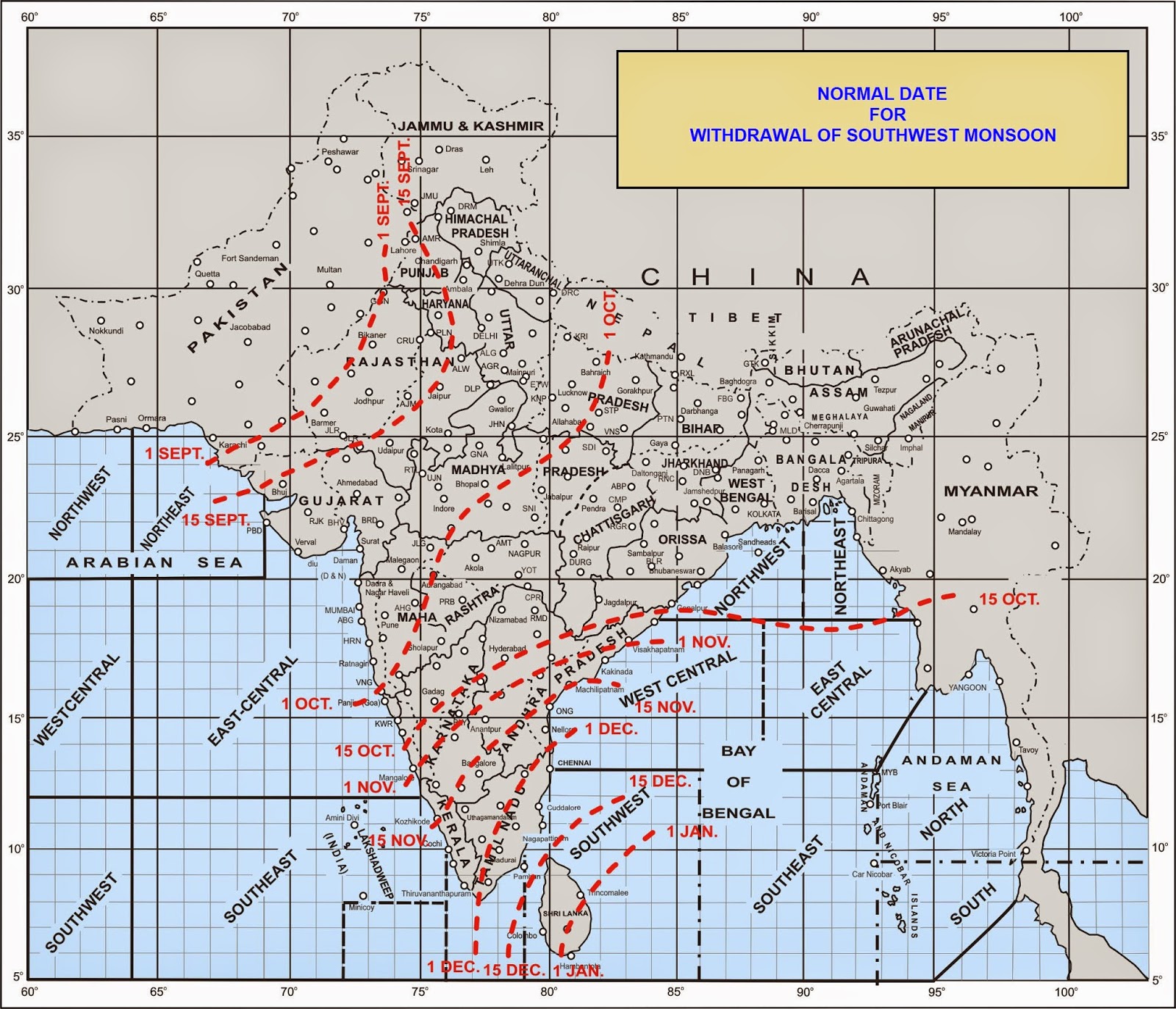 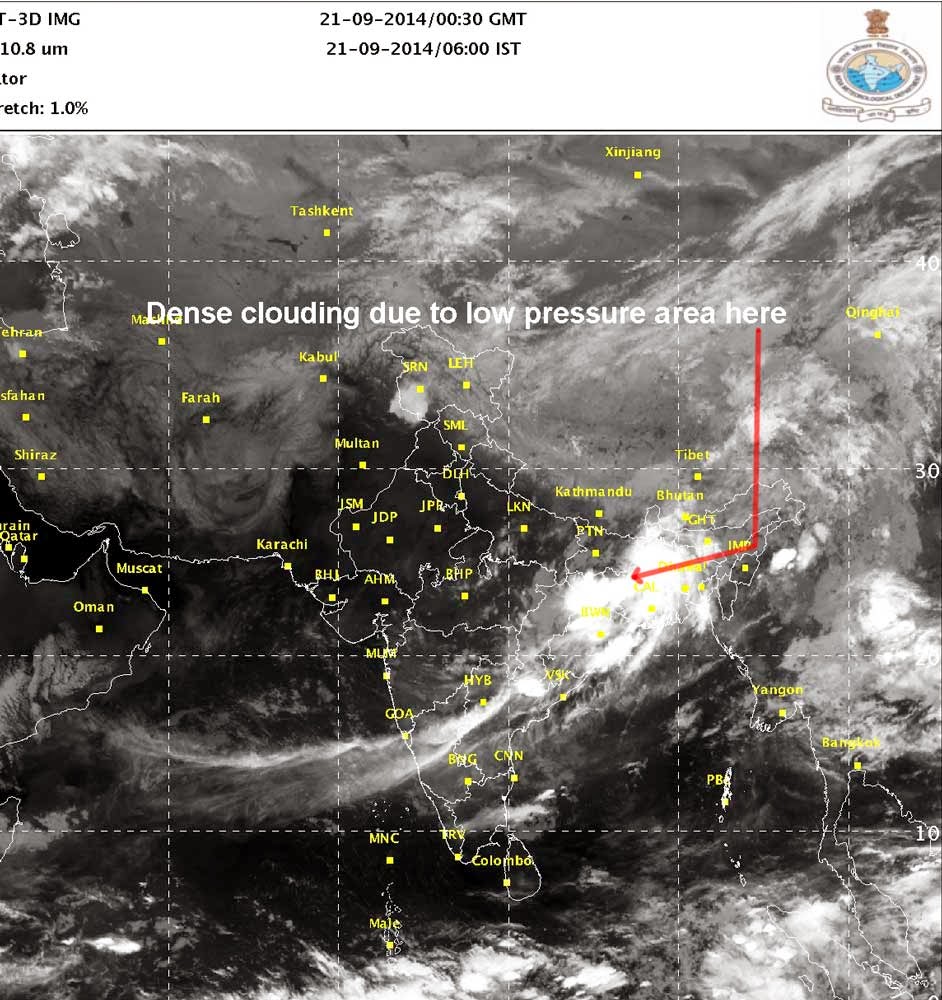 As per IMetD the 'well marked low pressure has now moved to north Odisha adjoining Gangetic W Bengal and Jharkhand' resulting in the tremendous moisture incursion over our area (region 5 - see below) and the rain.
We are nearing the end of the monsoons and the earth is saturated with water; in this situation heavy, continuous rainfall as predicted by IMetD (see warning chart below) is certainly not good news.
Unfortunately, despite repeated  letters to concerned authorities many of the IMetD AWS/ARG stations are either unserviceable or give erroneous readings as such it is difficult to obtain the correct overall picture of precipitation in the area. 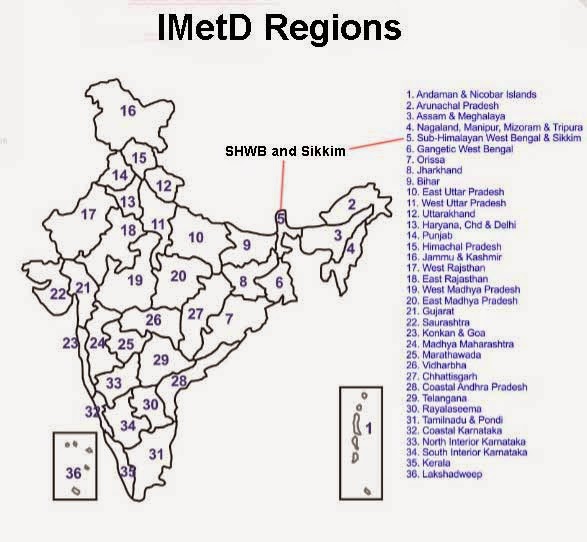 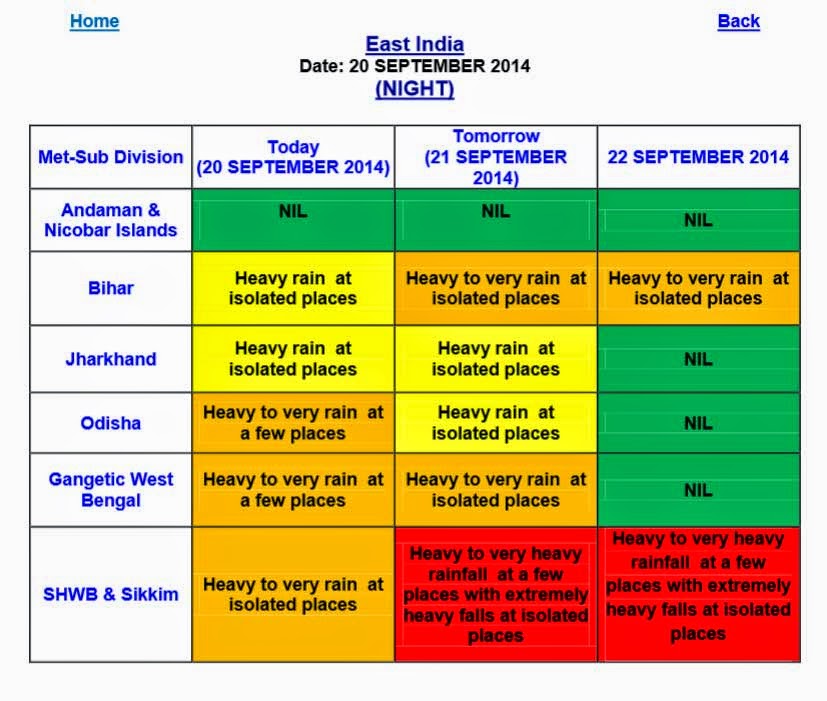 Praful Rao,
Kalimpong,
Dist Darjeeling
Posted by SaveTheHills at 8:25 AM No comments:

Lest we forget : 6.9R Earthquake in the Darjeeling-Sikkim Himalaya on 18Sep2011 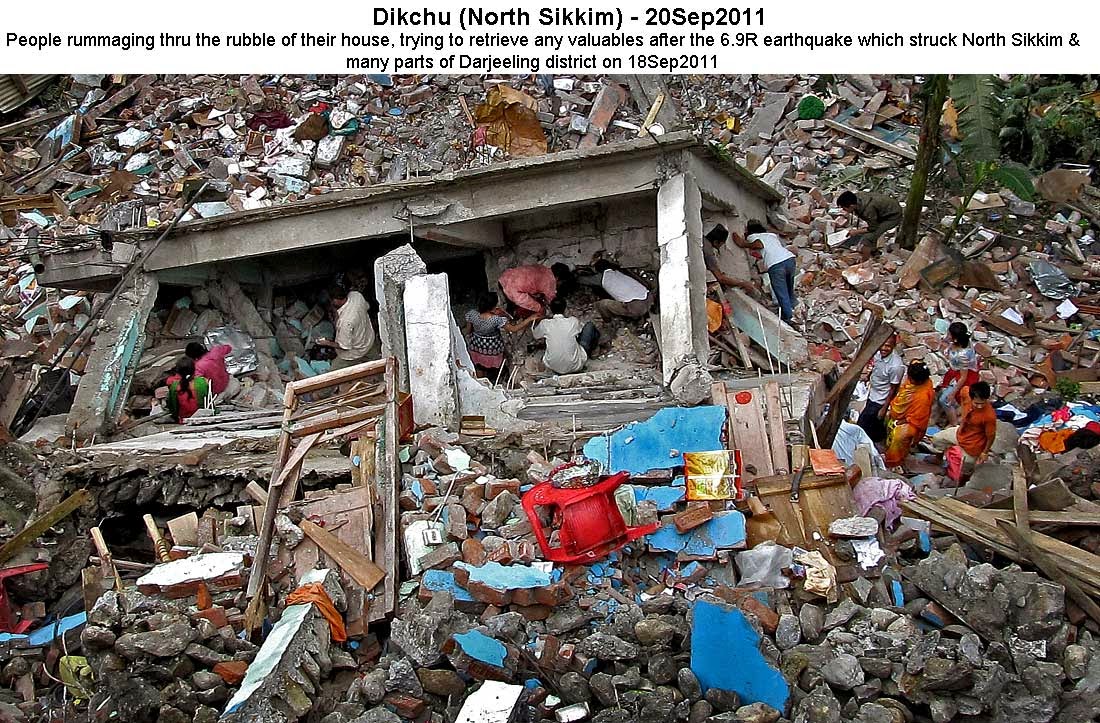 A full report is here

Praful Rao,
Kalimpong,
Dist Darjeeling
Posted by SaveTheHills at 7:41 AM No comments: 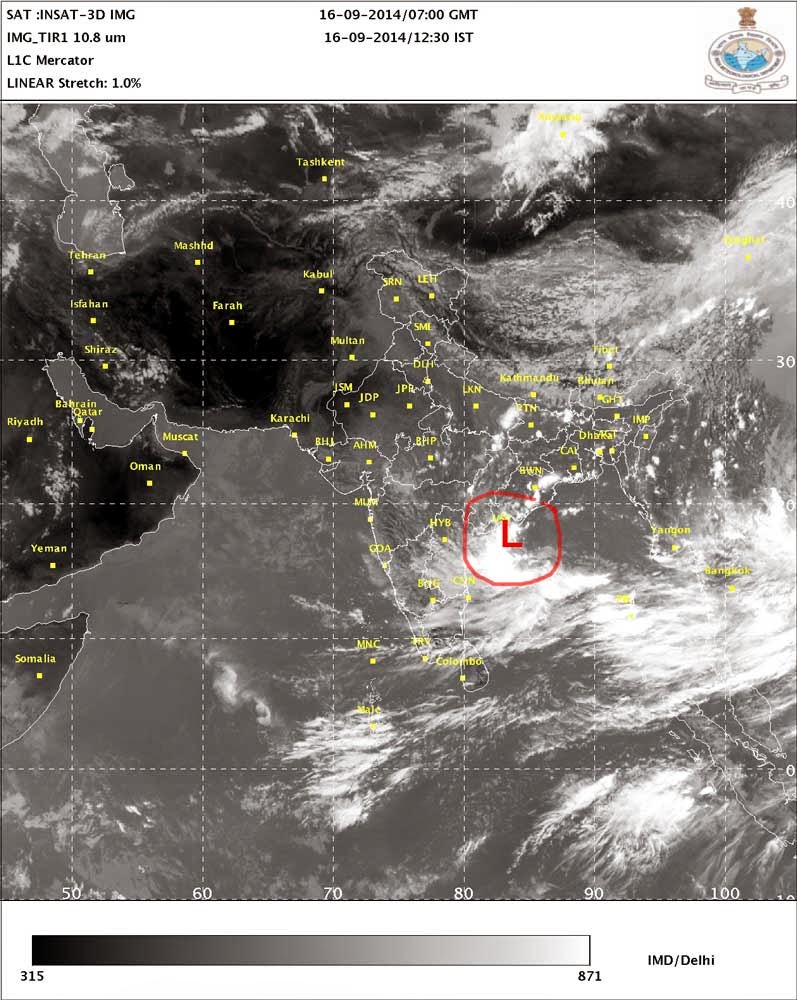 From NDTV : Natural or Man-Made - Who Takes More Blame for J&K Calamity?


Comment by Praful Rao
On 07Sep2013, Dr Prannoy Roy of NDTV hosted a talk show with many luminaries and experts in Disaster Management, captioned 'Is India ready for the next big disaster?';  almost exactly a year on, we have the answer to that question in Srinagar and Kashmir.
Incidentally, in response to a discussion during the show, that TV channels could easily issue targeted early warning (EW) broadcasts in local dialect to communities likely to be affected by extreme weather events, I made a number of requests to NDTV, NDMA and TISS (all participants in the show) for trials of such EW broadcasts to be conducted in Darjeeling district before the onset of the 2014 monsoons - since we are after all, in one of the most landslide prone regions in the country.
No one responded. 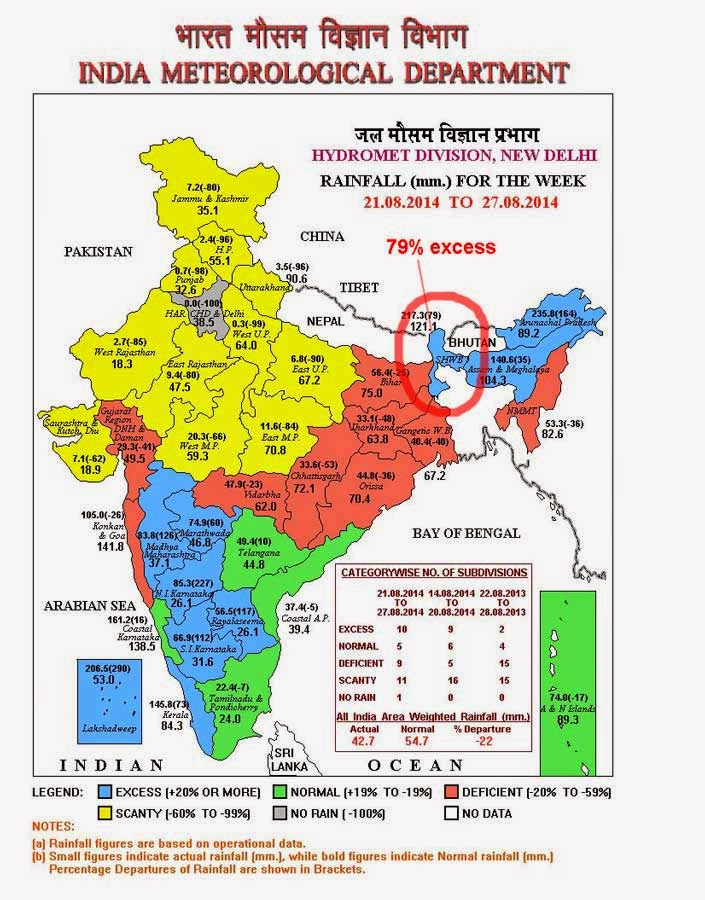 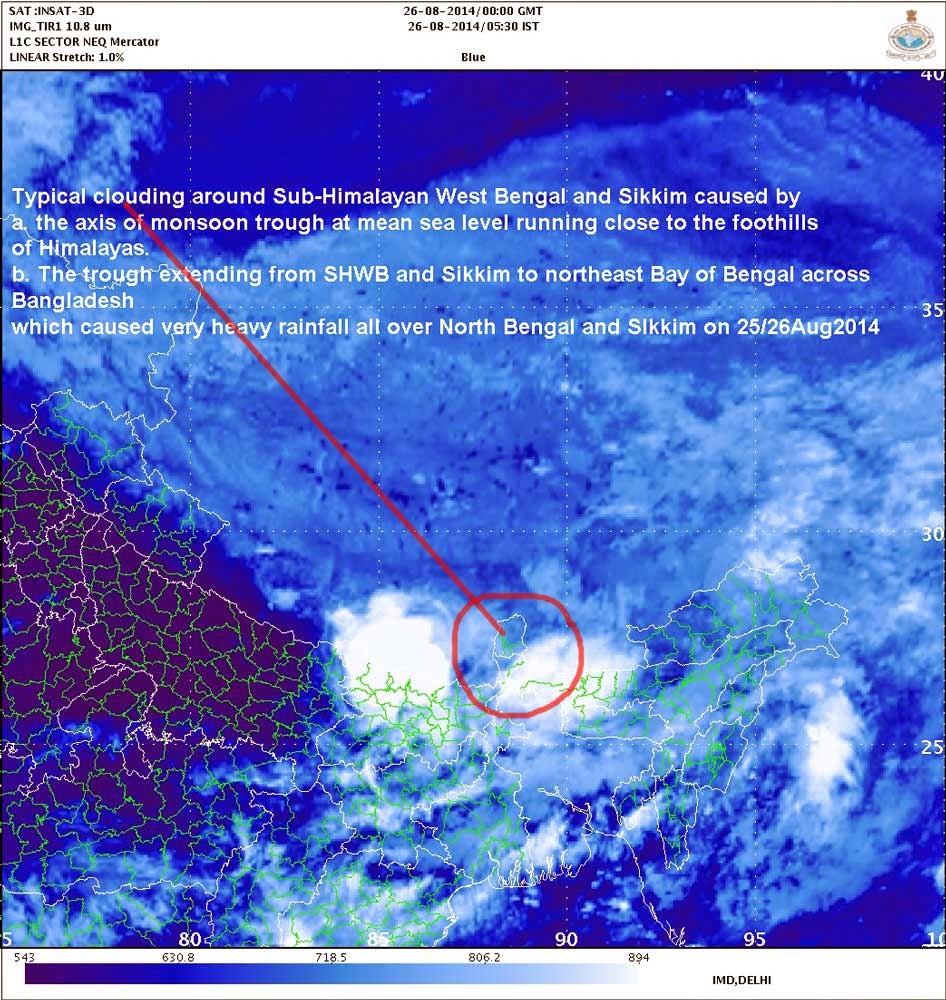 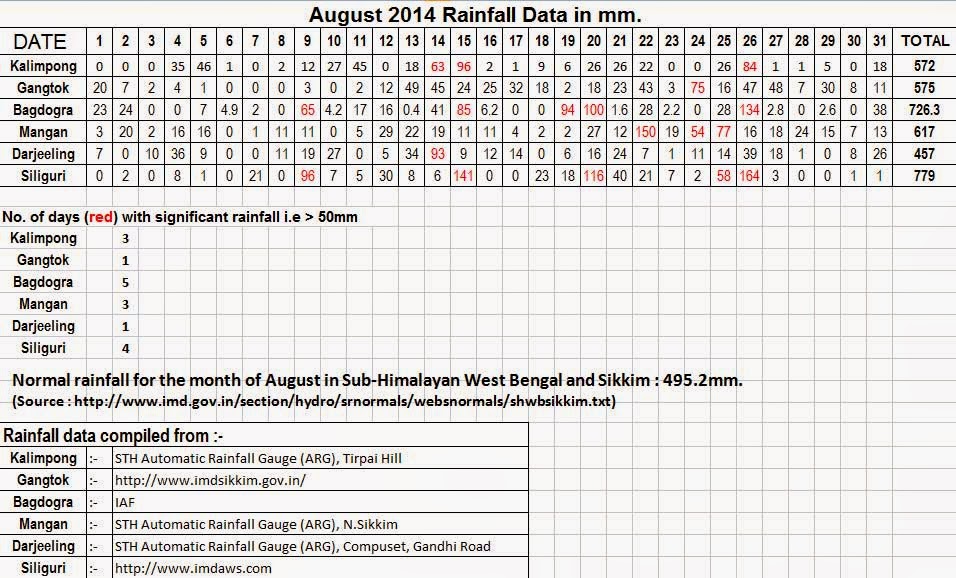 IMetD clamped a 'heavy rainfall warning' in the Sub-Himalayan West Bengal (SHWB) and Sikkim region for much of Aug2014 even though there was no major activity in the Bay of Bengal (we plotted two low pressure areas 1 and 2, during the month).
In Kalimpong, we experienced some of the soggiest and damp days thus far in 2014 even as the periods of heavy rainfall was limited to just 3 days.
The heaviest rainfall during Aug2014 was along the plains of Dooars and even Siliguri with the mountainous region receiving considerably less rain.
There were no reports of major landslides in this region.

Posted by SaveTheHills at 1:02 PM No comments: 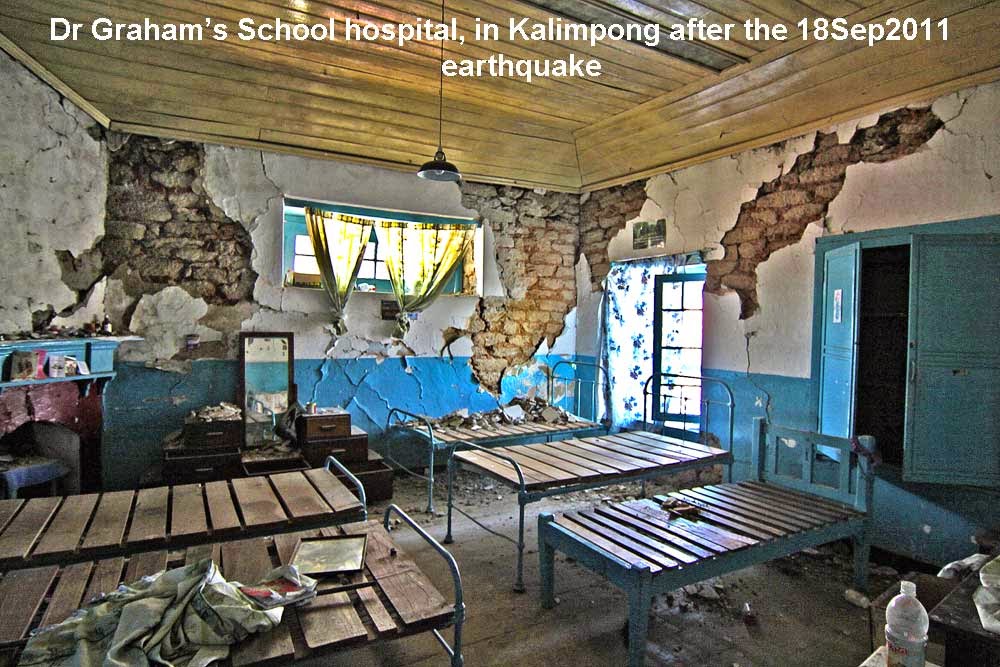 Disaster Management in India - The Urgency of Fresh Thinking


Richard Bach, Illusions: The Adventures of a Reluctant Messiah 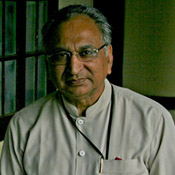 -  Prof RK Bhandari is a distinguished alumnus from IIT Mumbai, a Fellow of Indian National Academy of Engineering  and a recipient of the coveted Varne’s Medal for Excellence in Research and Practice of Landslides.
Other articles by Dr Bhandari are placed at 1 and 2