July2021 saw a very active monsoon in our region with excess rainfall being observed in Darjeeling, Kalimpong, and Kurseong while Gangtok and Siliguri had normal precipitation.
What was of concern was the manner in which we received this rainfall, and Kalimpong rainfall of July2021 is cited as an example. 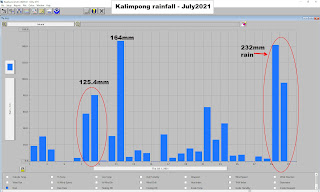 Rainfall volumes and pattern of 10Jul2021 is shown below: 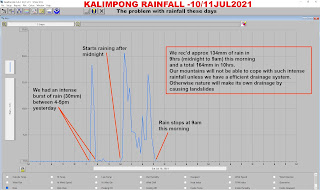 Undoubtedly, the most serious event occurred on 29July2021; being triggered by a low pressure area which had formed in the Bay of Bengal. The Infra Red cloud imagery of the date and time which was shared on WhatsApp with a number of groups and organizations is shown: 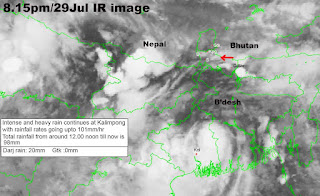 Rainfall intensities were above 100mm/hr for an hour withe the peak reaching 165mm/hr shortly after midnight on 30Jul2021: 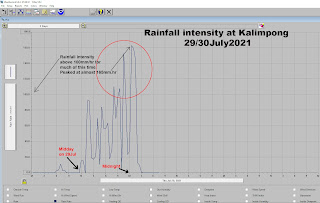 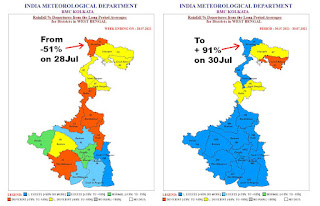 The intense rainfall of 29/30July2021 coming down on saturated soil was bound to trigger landslides: 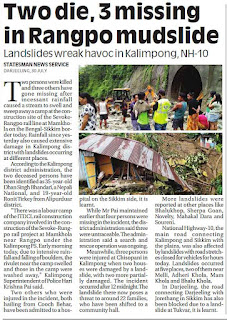 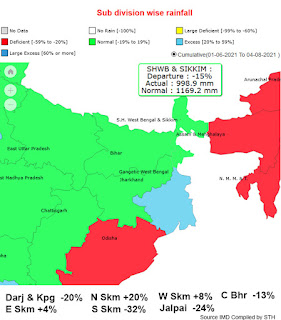 Posted by SaveTheHills at 3:54 PM No comments: