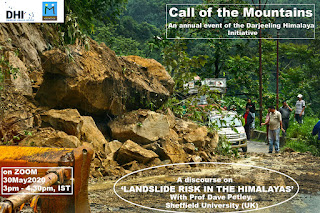 The Darjeeling Himalaya Initiative (DHI) which is the W Bengal state chapter of Integrated Mountain Initiative (IMI) observes 30May each year as 'Call of the Mountains' day where we hold a day's event on an environmental issue of import for us living in the mountains.
This year we have invited Prof Dave Petley of Sheffield University, one of the foremost authorities on Landslide Hazards for a discourse on 'Landslide Risk in the Himalayas'

The ZOOM workshop conducted beteen 3.00pm and 4.20pm went off wonderfully well with approx 74 people attending. Link is placed below: 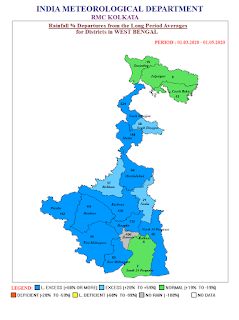 Posted by SaveTheHills at 5:37 PM No comments: 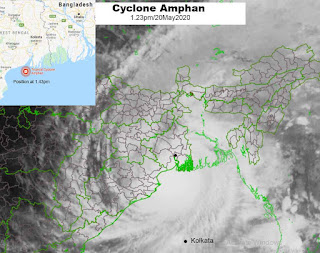 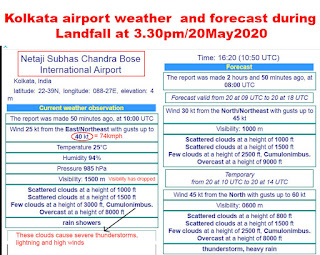 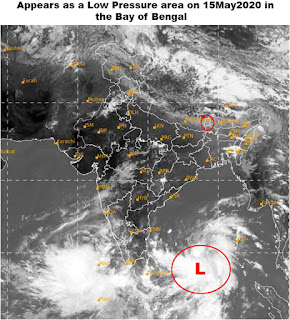 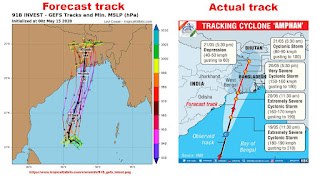 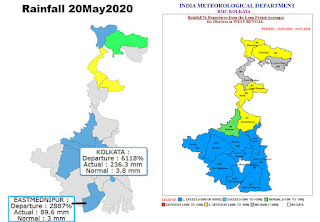 ·        * Landfall process started at around 1430hrs/20May2020 between Digha and Hadia islands as predicted and passed thru the Sunderbans between 1530hrs to 1730hrs.
·       *  Wind speed at the time of landfall and crossing coast 155kmph and going up to 185kmph in gusts. Max recorded windspeed in Kolkata, from observatory at Dum Dum was 130kmph at 1855hrs on 20May.
·        * Windspeeds in Kolkata started increasing from around 1700hrs, max windspeeds were around 1900-1920hrs after which the speeds became less. Max winds were felt between 17-2100hrs.
* Approx 5000 trees uprooted by the storm.
·        * Most impacts on South 24 Parganas and East Midnapur and then Kolkata, Howrah and Hooghly districts.
·        * Was tracked continuously by DWR along the East Coasts which could give accurate information on intensity, landfall point and time, associated weather, storm surge, heavy rain and winds at different districts.
·       *  Heavy to extremely rain was observed in all the affected areas. 24 hrs rain in Kolktata (Alipore) 240mm, Dum Dum 200mm.
·       * After hitting Kolkata, the storm moved in a NNE direction and crossed the Bangladesh border at 2330hrs and became a deep depression in Bangladesh on 21May2020.
·       * Windspeeds in Meghalaya were 60kmph on 21May2020 and affected the NE States thereafter. 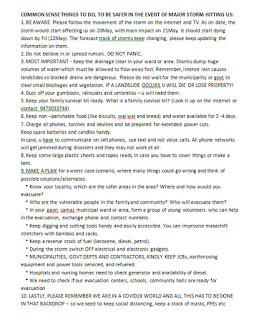 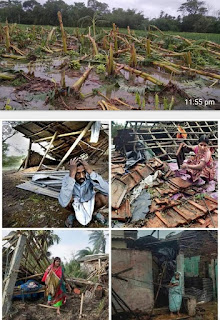 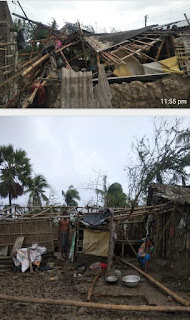 Posted by SaveTheHills at 4:54 PM No comments: 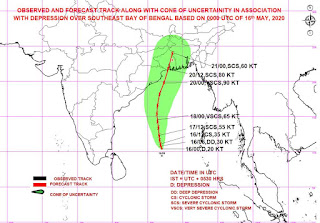 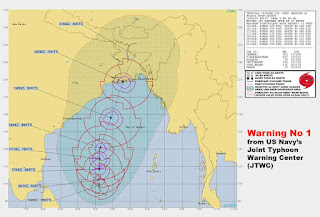 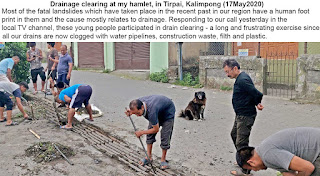