The two day event (25/26Feb2014) has been organised by ATREE (Ashoka Trust for Reseach in Ecology and the Enviroment), START (SysTem for Analysis,Research & Traning) and CDKN (Climate & Development Knowledge Network) in an effort to identify ways in which awareness of oncoming climate changes can be better linked with disaster risk reduction planning, in the context of Eastern Himalaya, especially Indian East Himalaya.

21Feb2014 - DDMA (east) conducts mock drill on earthquake preparedness in and around Gangtok,Sikkim. 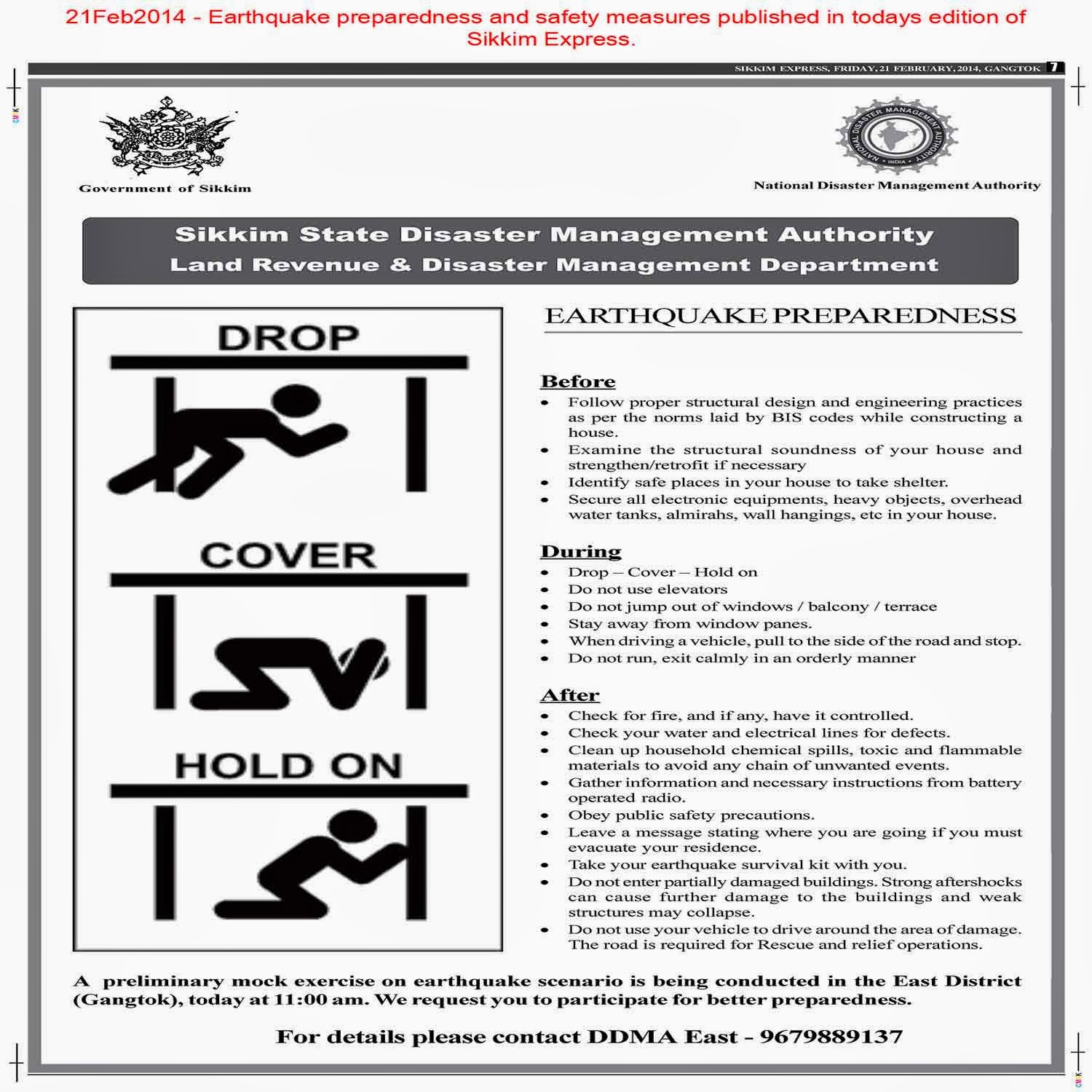 
East District Collector-cum-chairman JS Raje said in an official release that the exercise was carried out to sensitize and spread awareness on earthquakes. 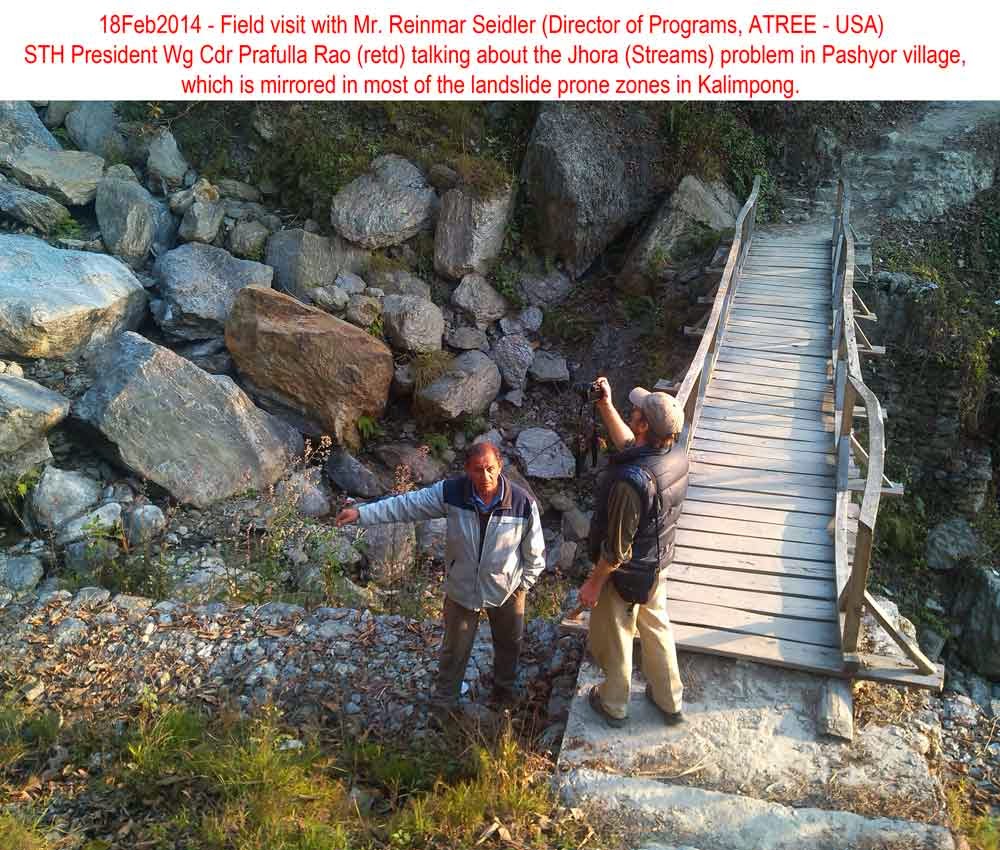 18Feb2014 - STH had the pleasure of having Mr.Reinmar Seidler - Director of Programs ATREE (Ashoka Trust for Research in Ecology and the Enviroment) - USA / Research Assistant Professor, University of Massachusetts Boston / Research Associate, Harvard University in Kalimpong for a day. He was here for an insight on rural road construction in relation with the occurence of landslides.


During the course of his short visit we visited the landslide affected areas of 'Bara Bhalukhop' village through which a major road is under construction which will eventually become a secondary route to 'Melli', 'Gandhi Ashram' school in 6th Mile, where the cracks in the school building have become even more evident than the last time STH visited the school (here) and 'Chibbo/Pashyor' Village (which has been featured many times on this blog here and here) which is located directly below some of the most densely populated areas in Kalimpong.