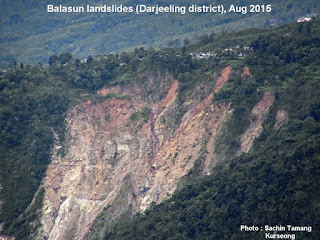 Ulster University (UK) has secured funding for a new study focusing on landslide prediction in the Indian Himalayas, which will use novel techniques to help predict massive landslide disasters and save lives.
The team of researchers from Ulster University, and other collaborators, will use their expertise in sensor development, landslide physics and impacts of hazardous weather throughout the project. They will explore state of the art technical and functional requirements for a novel landslide prediction system using low-cost, high-density sensor networks and smart landslide prediction techniques.
India Education and Research Initiative (UKIERI) and is supported by the Department for Employment and Learning. It was secured in close collaboration with key project partners including the University of East Anglia, Indian Institute of Technology Delhi, India Institute of Technology Hyderabad and University College London.
Ulster University's Professor Gerard Parr said: "This specific study will focus on predicting massive landslides due to extreme weather events in remote mountainous areas in the Indian Himalayas, namely in the Darjeeling region where unfortunately landslides have historically claimed many lives and damaged infrastructure.
"The results of this study will not only help to underpin critical landslide prediction solutions for remote rural Indian communities but for other countries around the world, including the UK, where flooding and extreme weather conditions can result in landslides and also threaten human life, lifestock and economic infrastructures.
"We are delighted to have been successful in our bid for this Feasibility Study which builds on aspects of our previous research within the India-UK Advanced Technology Centre (IU-ATC), the largest ICT project of its kind between UK and India."
The project will be led by Professor Gerard Parr together with colleagues Professor Sally McClean, Professor Bryan Scotney and Professor Philip Morrow from the Information and Communications Research Group at Ulster University's Coleraine campus. They will be joined by Professor Stephen Hailes who is Chair of Wireless Systems and Deputy Head of Department of Computer Science at University College London, Prof Dave Petley (University of East Anglia- UEA) Pro-Vice Chancellor for Research and Enterprise at UEA and a world authority on Landslide Physics; Dr Christopher Kilburn (UCL) who is the Director of the Aon Benfield Hazard UCL Centre ; Professor Subrat Kar (Indian Institute of Technology New  Delhi) and Professor Uday Desai- Director of Indian Institute of Technology Hyderabad.

Posted by SaveTheHills at 8:26 AM No comments:

As is known, Indian National Academy of Engineering (INAE), is the apex body for Engineering in the country.
Its Forum on Engineering Interventions for Disaster Mitigation is holding a one day Round Table 2 discussion on Landslide Risk Reduction on 04Nov2015.
The main thrust of the meeting will be on
Venue : Central Road Research Institute(CRRI), New Delhi (near Okhla on the Delhi-Mathura highway.)

Praful Rao,
Kalimpong,
Dist Darjeeling
Posted by SaveTheHills at 11:19 AM No comments:

Withdrawal of SW Monsoons from this region : 15Oct2015 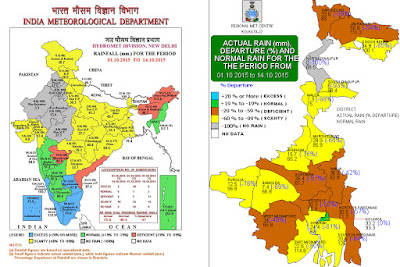 Though we had a number of low pressure systems and depressions developing in the Bay of Bengal (see blog for details) in 2015, we have had only ONE cyclone (Cyclone Komen) forming in the Bay this year where we normally have around 4-5.
There is much literature available on the internet on the trend in the frequency of cyclonic disturbances in the Bay of Bengal, this is just one such article. 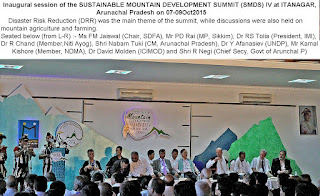 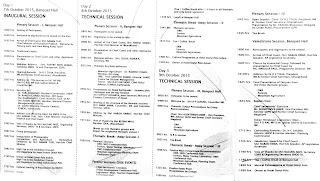 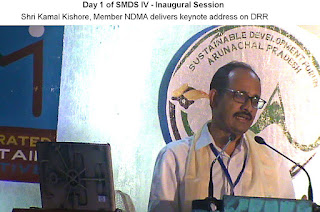 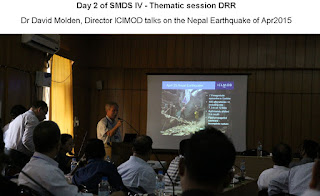 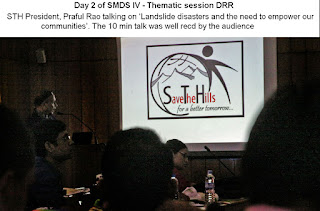 The SMDSs are an annual event organized by IMI.
This year the main theme for SMDS IV held at Itanagar on the 07/08/09 of Oct2015 and  organized by SDFA, Arunachal Pradesh was Disaster Risk Reduction (DRR), the other thematic sessions being Mountain Agriculture and Forests. The Anchor for the DRR theme for SMDS IV was Dr RS Tolia, founding President of IMI.
SMDS IV was a mammoth affair with almost 250 delegates from all the 11 eleven mountain states plus the 2 hill districts of W. Bengal and Assam and also representatives from Bhutan and Nepal attending the seminar. In this melee were gov The gathering also drew a whole galaxy of experts on forests, agriculture, DRR and also from UNDP and ICIMOD as well as legislators, government officials and NGOs.

Conclusions of the DRR thematic session of SMDS IV:- 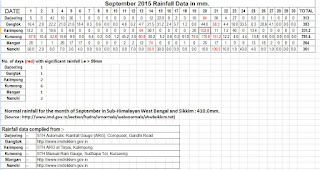 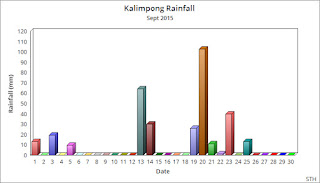 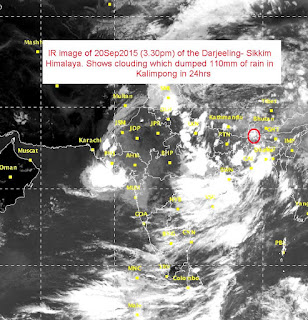 Sep2015 again saw us getting deficient rainfall even though Kurseong (as always) had higher than normal precipitation.
What is worrisome is the peaking of rainfall (see graph above) on certain dates, which seems to be the established trend in our rainfall pattern now.

Posted by SaveTheHills at 10:05 AM No comments: