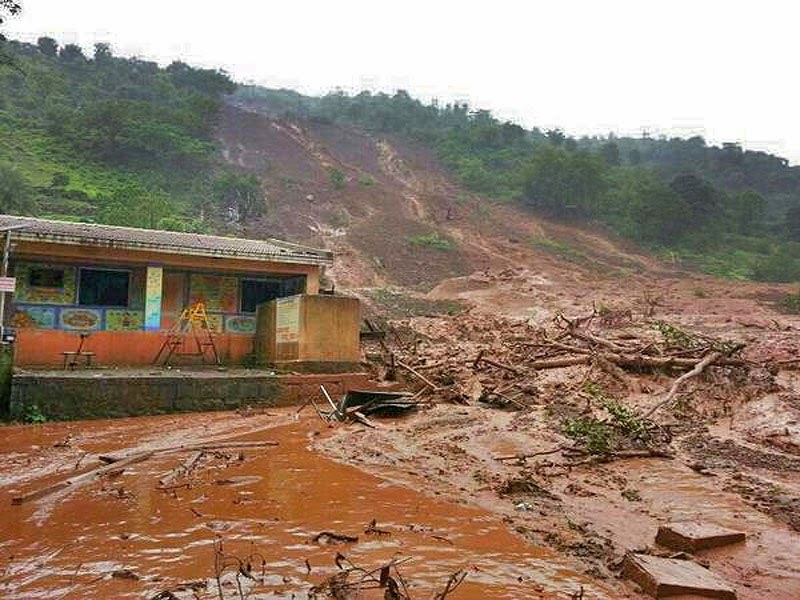 Excerpt from Hindustan Times
"Casualties were feared as nearly 200 people were left trapped inside houses on a hillside following a landslide in Maharashtra’s Pune district on Wednesday.

Police official Vinod Pawar told mediapersons the landslide struck Malin village in Ambegaon tehsil around 5am after heavy downpour loosened earth and dislodged rocks and boulders.
At least 40 houses were feared buried under the debris from a hill that collapsed while residents were sleeping. Television footage showed the side of the hill shaved off, with large amounts of mud, muddy water and logs piled below."
Read full article here

Posted by SaveTheHills at 5:44 PM No comments:

From the Telegraph today 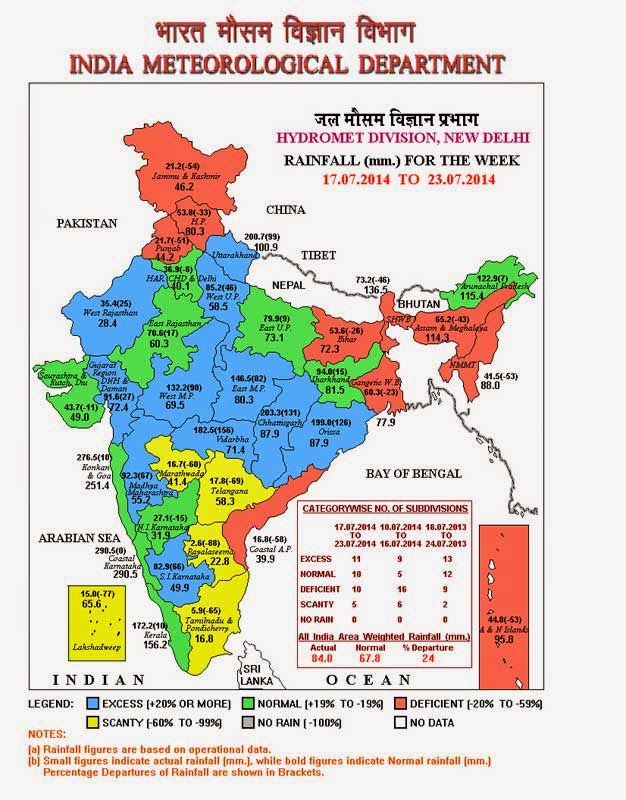 From 'The Telegraph' today.


Weather data show that the shortage of rain is as high as 800mm at some places in the region compared to previous year’s figures.
While Jalpaiguri received 2,170mm rain from January 1 to July 25 in 2013, this year’s recording for the same period was 1,881mm, a shortage of 289mm.
The difference in the rainfall in Alipurduar is 835mm with the town receiving 2,238mm from January to July 25, 2013, and 1,403mm this year. The figures for the same period in 2013 and 2014 in Banarhat are 3,481mm and 2,645mm, respectively.
Since the last 15 days, Siliguri and Jalpaiguri have not got heavy rainfall.

STH stormwatch
IMetD is reporting a low pressure in the northwest Bay of Bengal which is expected to move in a northwesterly direction.
We are keeping a watch.

Posted by SaveTheHills at 6:34 AM No comments: 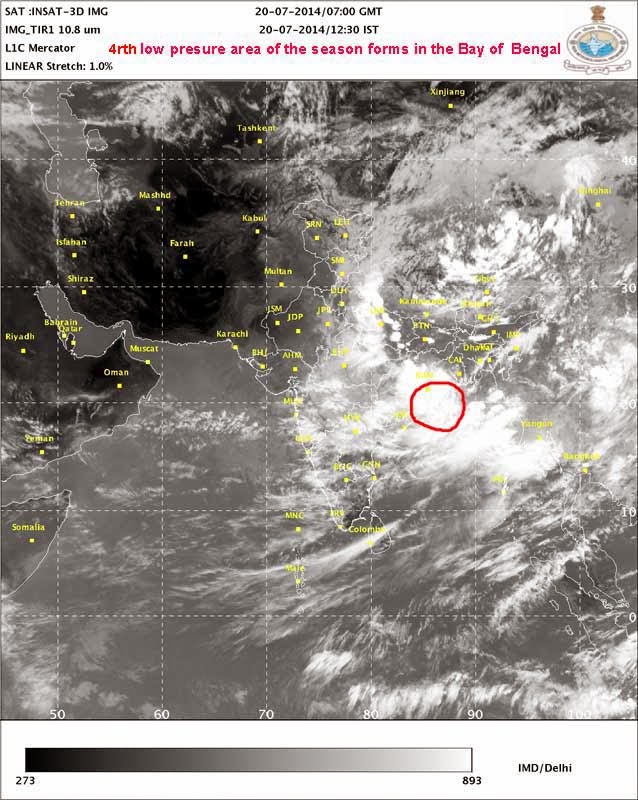 ‘A low pressure area has formed over north Bay of Bengal and adjoining area of
Gangetic West Bengal and Odisha. Associated upper air cyclonic circulation extends upto 7.6 km above mean sea level. It may become well marked during next 24 hr’ 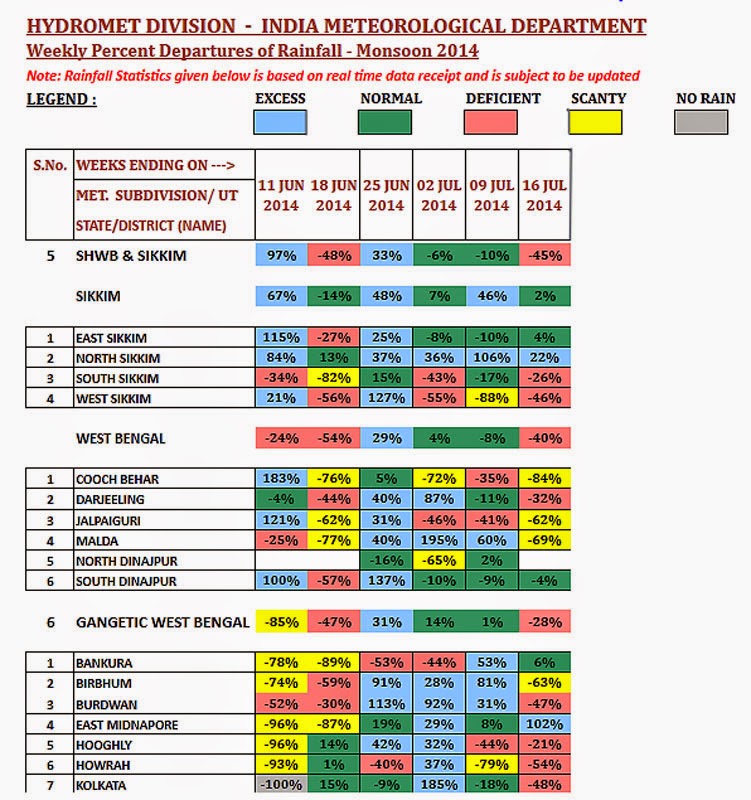 Placed above in chart form is the weekly % Departures of Rainfall for the Monsoon 2014 for Sikkim and Darjeeling district.

Posted by SaveTheHills at 5:53 PM No comments: 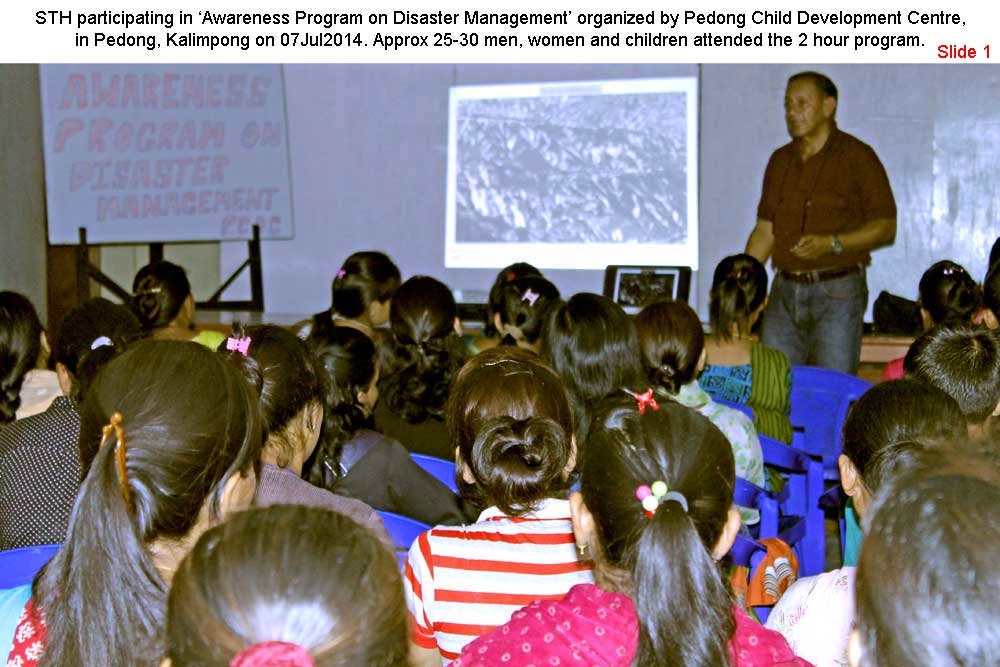 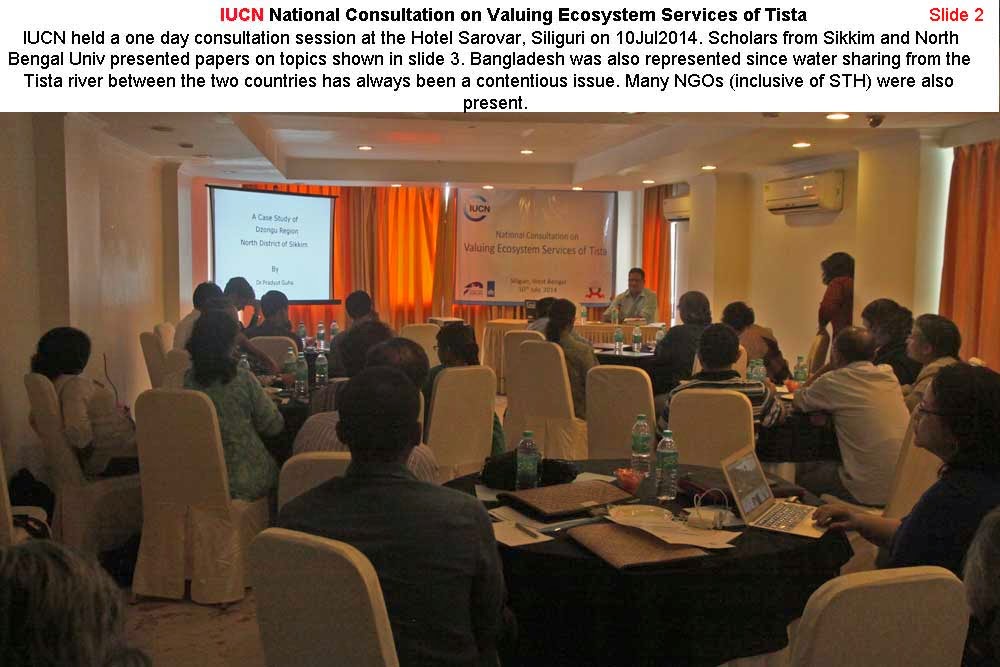 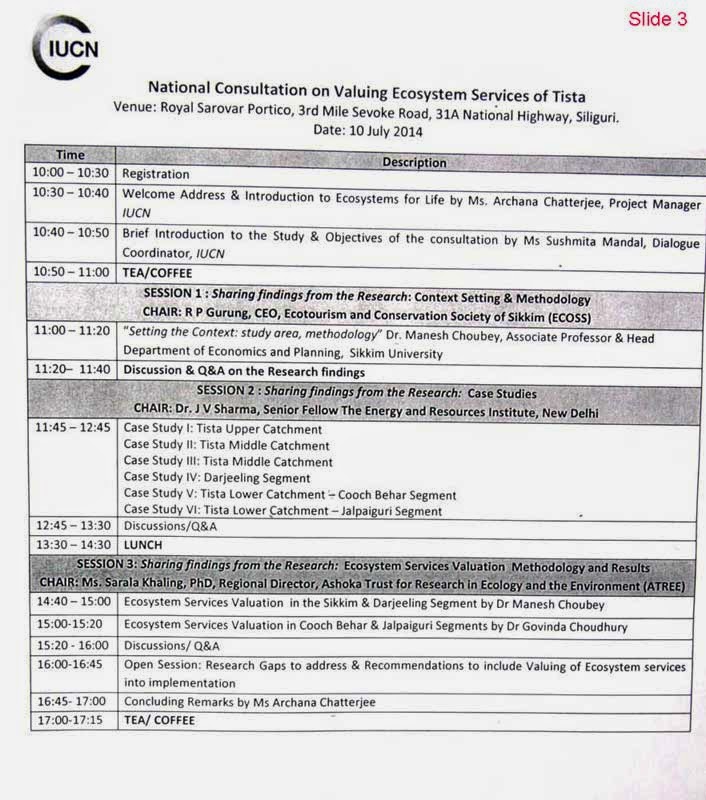 While realizing full well that awareness programs alone are NOT enough, STH remains committed to making people aware of the severe landslide problem in the Darjeeling-Sikkim Himalaya and also the totally callous way we are treating our mountains, which will surely lead to devastating consequences in the future.

STH stormwatch : Reporting a low pressure in the Bay of Bengal (12Jul2014) 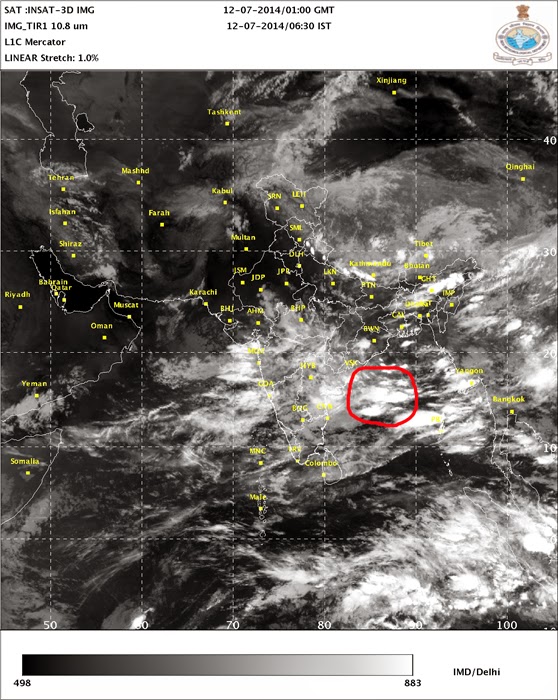 This is the 3rd LOPAR this season in the bay. Updates will posted as necessary.

Praful Rao,
Kalimpong,
Dist Darjeeling
Posted by SaveTheHills at 8:31 AM No comments: 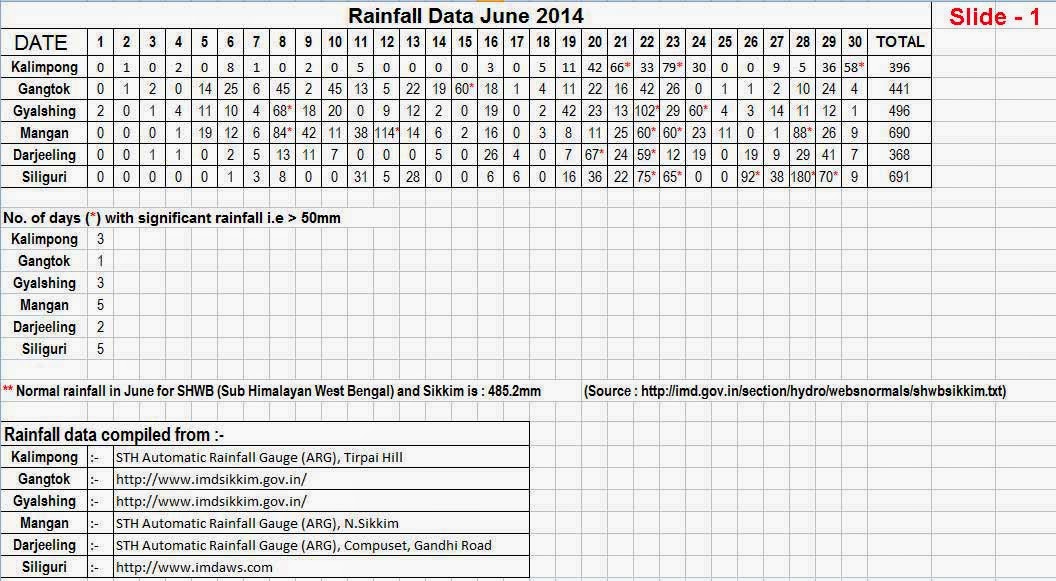 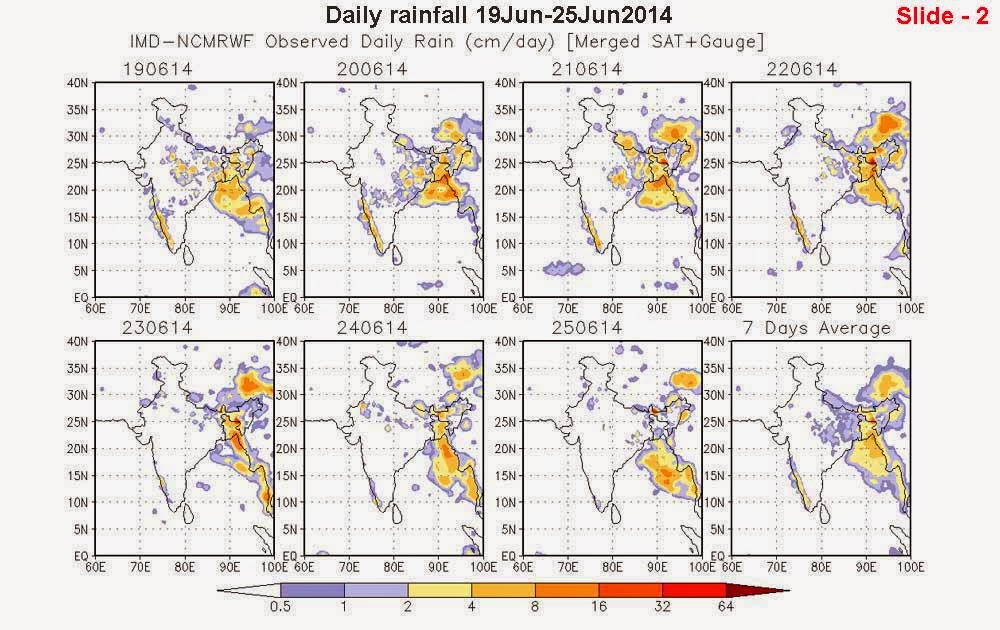 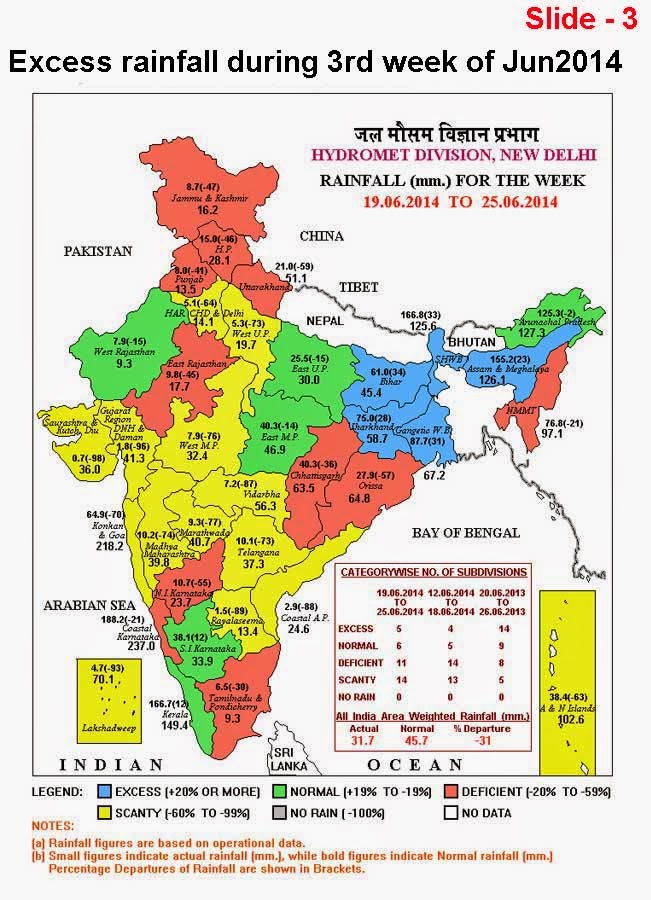 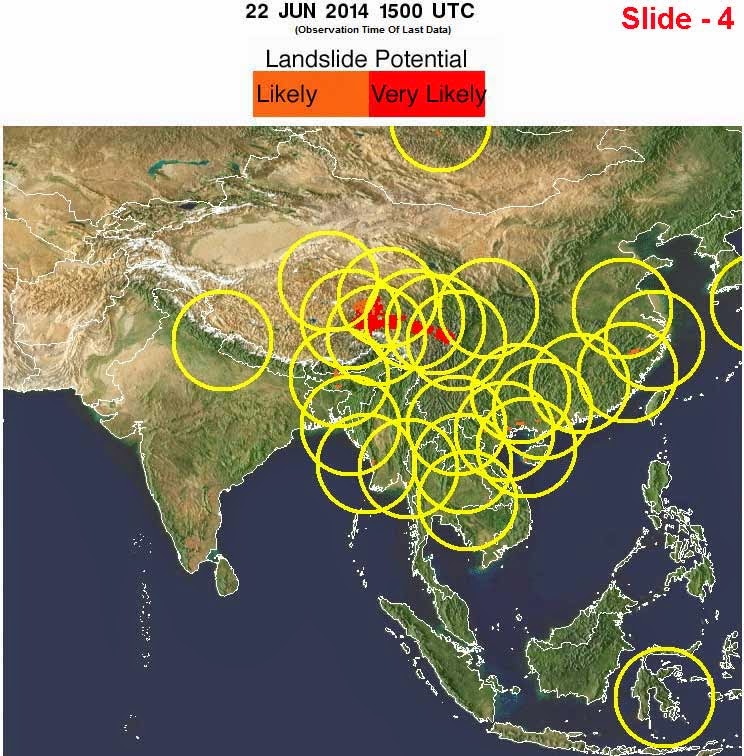 June2014 saw no major weather systems developing in the Bay of Bengal and the first two weeks of the month were hot with not much rainfall in Sub-Himalayan West Bengal (SWHB) and Sikkim.
The second half of June2014 however witnessed heavy showers in the entire region - thus Kalimpong, Darjeeling and Siliguri received around 90% of the month's rainfall between 15-30Jun2014 (see slides 2-3) and this placed the region in TRMM's potential landslide zone (slide 4)
No major landslides were reported even though a landslide fatality did occur in Sikkim.

Posted by SaveTheHills at 12:39 PM No comments: 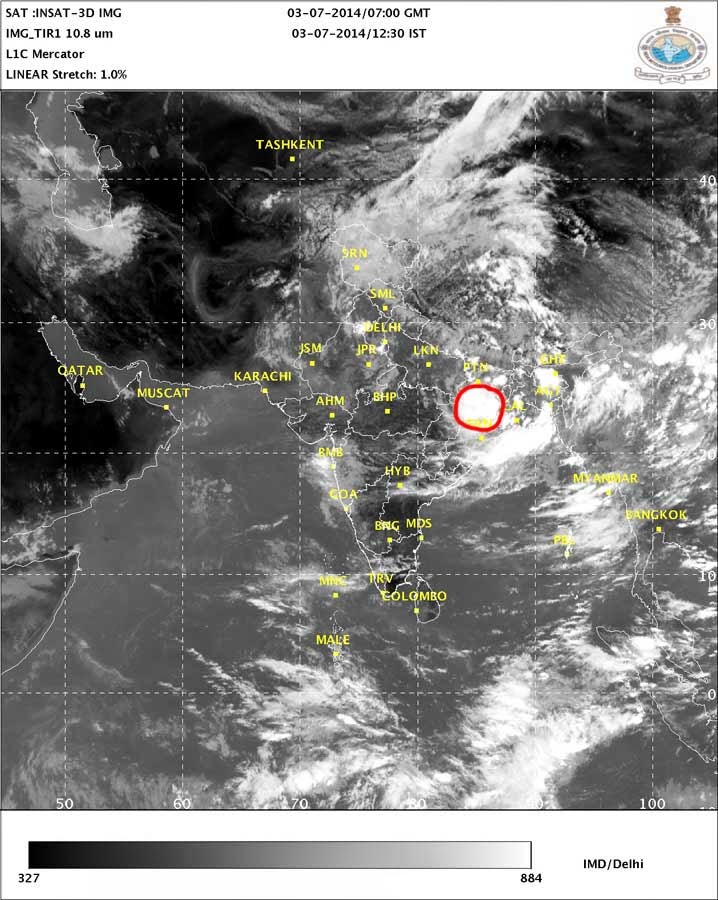 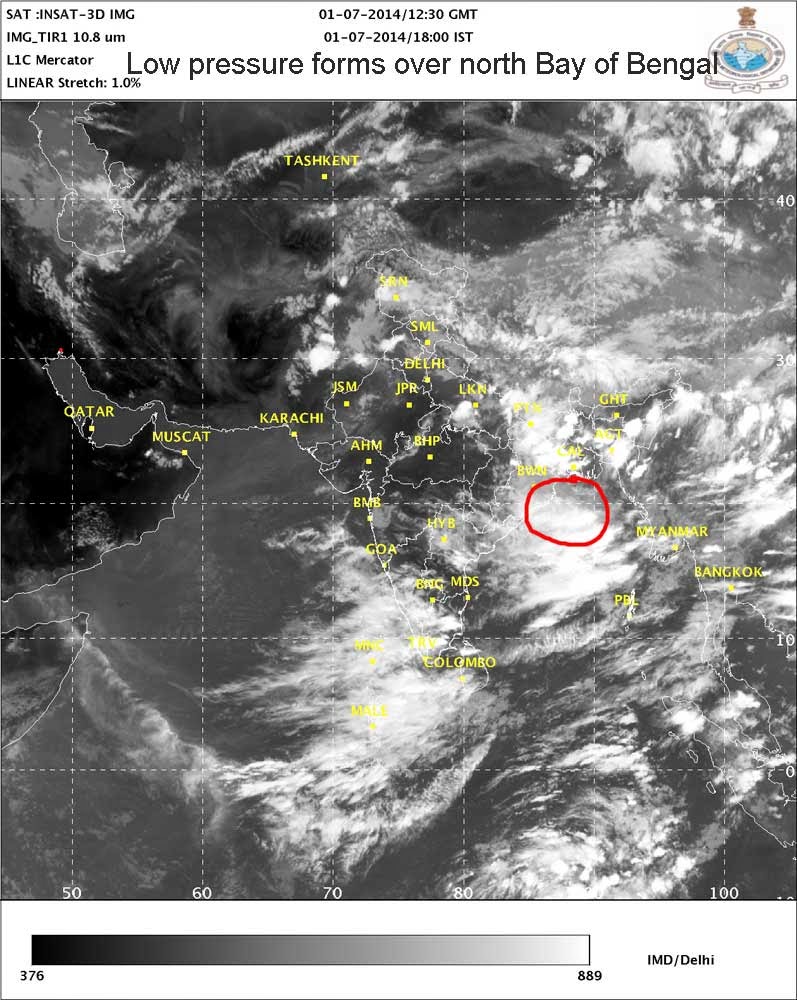 An excerpt from IMD All India Weather Bulletin (evening)
" The low pressure area over north Bay of Bengal and adjoining areas of Bangladesh & Gangetic West Bengal persists.
Associated upper air cyclonic circulation extending upto 7.6 km above mean sea level tilting southwestwards with height also persists"
This is the second low pressure area of 2014 in the Bay, the first one being here

Posted by SaveTheHills at 7:16 PM No comments: