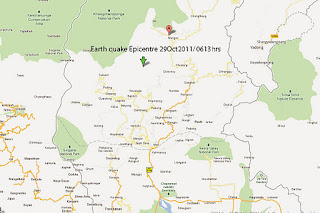 No loss of life or damage reported

Praful Rao
Posted by SaveTheHills at 5:41 PM No comments: 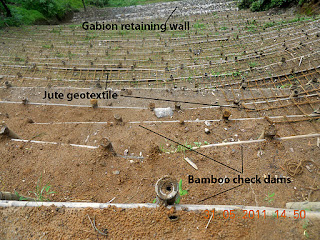 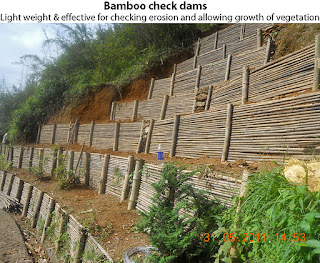 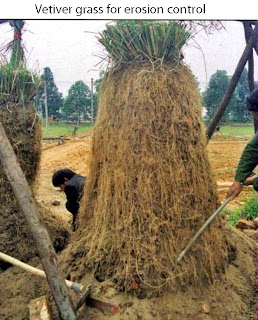 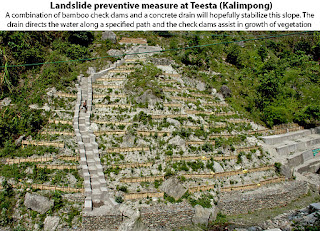 Whereas traditional engineering methods (such as gabion retaining walls, river training etc) and new technologies (see here) for landslide mitigation and soil erosion control are effective, most are exorbitantly costly, requiring huge investments.
Placed above are some other methods of slope stabilization which are much more affordable and therefore do-able at the community level and which are also very effective.
For those interested some more literature on use of jute geotextile and bamboo check dams for slope stabilization are here (1 & 2) and most of the 10,000 saplings of vetiver grass that we planted  in the monsoons are doing well. Next year we plan large scale plantation of this grass in this area.

Praful Rao
Posted by SaveTheHills at 3:15 PM No comments:

Picture of the day :20Oct2011 (Water Crisis in Kalimpong) 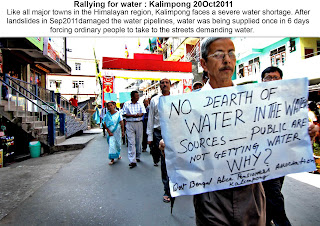 As the placard carried by the retired policeman suggests the water crisis in Kalimpong is largely due mismanagement, a faulty distribution system and huge amount of leakage which is never rectified - this was further exacerbated, when some pipelines were damaged by landslides in Sep2011.
Availability of potable water is already a huge crisis in many towns all over the Himalayan region as natural springs dry up due to a variety of reasons . As demands increase, due to burgeoning population and tourism, contractors supplying water from dubious & untested sources are thriving whereas little thought is being given to long term solutions to a disaster in the offing.

Posted by SaveTheHills at 7:33 AM No comments: 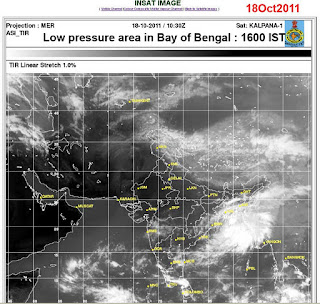 
The low pressure area over eastcentral Bay of Bengal now lies as a well marked low pressure area over eastcentral and adjoining westcentral & northwest Bay of Bengal with associated upper air cyclonic circulation extending upto midtropospheric levels. The system may concentrate into a depression during next 24 hours.
Posted by SaveTheHills at 5:07 PM No comments: 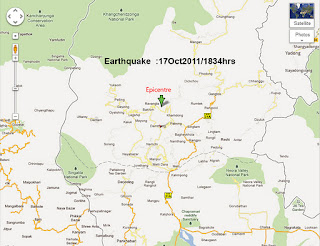 No loss of life or property reported
Posted by SaveTheHills at 10:48 AM No comments: 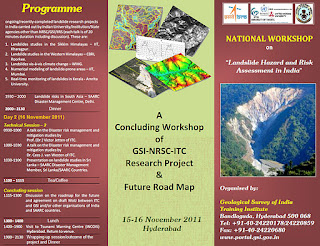 For more information/details on the workshop, see here

Praful Rao
Posted by SaveTheHills at 7:13 PM No comments: 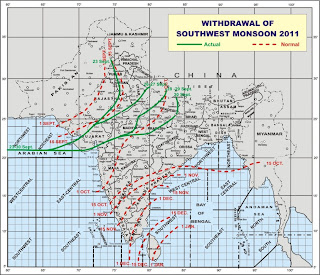 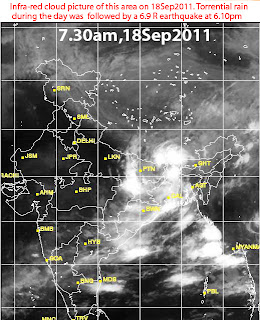 End of the Monsoon report (excerpts from IMD report)

An article from 'The Hindu' 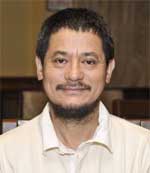 Praful Rao
Posted by SaveTheHills at 10:23 AM No comments:

Cyclones, depressions and low pressure areas which form in the Bay of Bengal usually cause periods of intense, heavy downpours which result in landslides in the Darjeeling-Sikkim Himalayas. As such STH has been plotting/tracking these phenomena on the Internet for some time now (see 1, 2, 3, 4 & so on) .
A record of the cyclones which brewed up in the Bay of Bengal in 2010 (with date and surface wind) is placed above and what is absolutely amazing is that in 2011, we have not had a single cyclone forming in the Bay till date and the number of depressions which have formed is also below normal.
All this when the Philippines has been hit by 3 major back-to-back typhoons within the last one week!
But then our cyclone season lasts upto December ....
For those interest please find below the Classification of bad weather phenomenon as per the IMetD :-

Classifications of cyclonic disturbances for the north Indian Ocean region are given below:-

Praful Rao
Posted by SaveTheHills at 10:42 AM No comments:

From the Bengal Post - The Earth shook & all hell broke loose 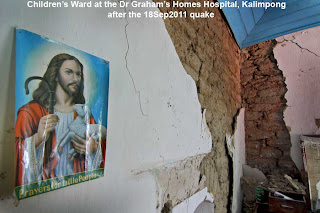 The Sikkim Earthquake is a prelude to bigger disasters. Constructing even concrete houses in the region is fraught with risks.

To insure or not to insure (your home) 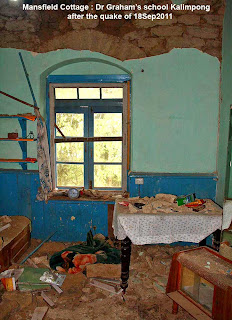 One of the after effects of the 18Sep2011 earthquake in our area will be that the insurance companies will be thronged by people who will want to insure their homes or buildings against earthquakes and maybe landslides. This is a good thing and I strongly advise insurance of homes and assets.
However, a word of caution - insurance companies can be tricky people and not all of us have the time or patience to read the small print in the "terms and conditions", so more often we end up signing on the dotted line and leaving the rest to the insurance agent.
Having had personal experience of this earlier, here are some words of advice :-

Posted by SaveTheHills at 2:35 PM No comments: