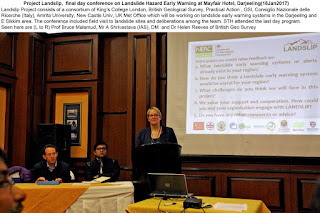 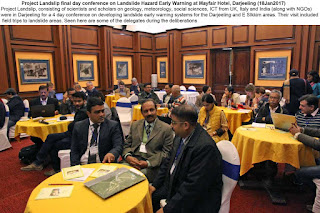 Good news for the Darjeeling - Sikkim Himalaya - an Event of Note (18Jan2017, Darjeeling)

After a relatively quiescent Dec2016, I am glad that 2017 is opening up with a visit to Darjeeling by a high powered group of scientists from the UK, Italy and India and all working on landslides. 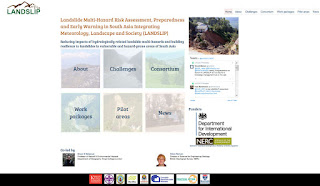 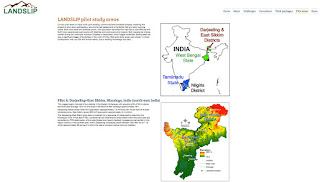 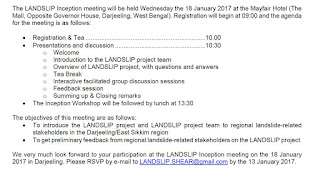 STH will be attending the seminar on 18Jan2017 at Darjeeling.
You can read more about LANDSLIP here

Praful Rao,
Kalimpong,
Dist Darjeeling
Posted by SaveTheHills at 7:25 AM No comments: