Rainfall data (April 2021 and May 2021) of some towns of the Darjeeling - Sikkim Himalaya, STH activities, Cyclone 'YAAS' and the Landslides 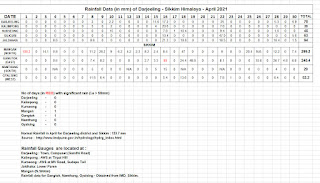 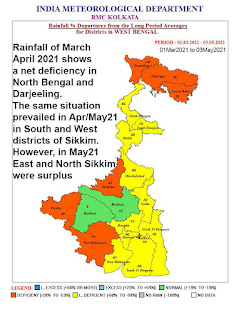 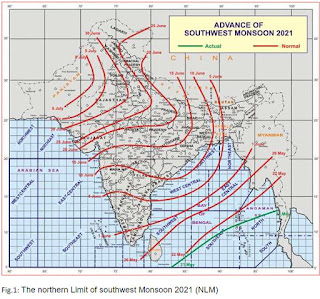 1. NIDM webinar
Participated in a national level webinar organized by NIDM on 'Capacity Building among Rural Communities' where I spoke on STH experience in working with rural people and the dire necessity of 'Community Based Disaster RIsk Management' (CBDRM) 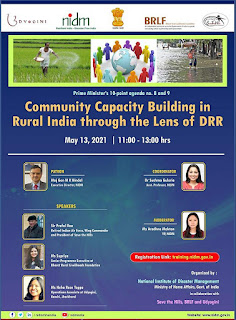 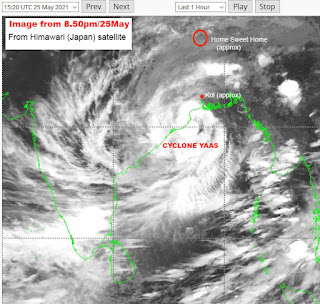 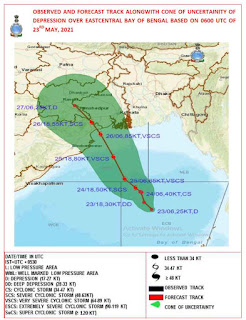 We kept a close track on Cyclone 'YAAS', the first cyclone to form in the Bay in 2021 from the time it formed in the Bay until it dissipated. The track and position was reported extensively in the STH WhatsApp Group 'HAZARD ALERTS' which has a large following in our region.

3. Keeping a tab on the landslides
It goes without saying that any major weather event in the Bay will impact the mountains of  the Darjeeling- Sikkim Himalaya which are barely 600km north of the Bay of Bengal - and so it was with Cyclone YAAS. The rainfall activity in our region spiked between the
25-28May2021 and it caused a number of landslides in Sikkim as well as the hills of Darjeeling/Kalimpong.
Some of the landslides have been documented here

Posted by SaveTheHills at 12:10 PM No comments: