Update : Observed and forecast tracks of Cyclone 'Mora' from IMD 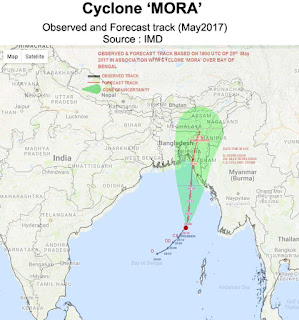 STHstormwatch : Forecast tracks of storm in the Bay of Bengal (May2017) 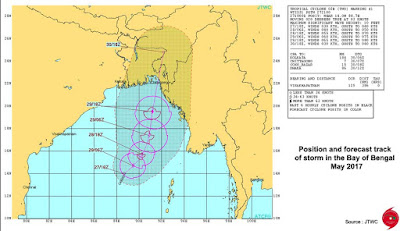 Posted by SaveTheHills at 5:06 AM No comments:

STH stormwatch : A low pressure area in the Bay of Bengal which is likely to form the 2nd cyclone of 2017. 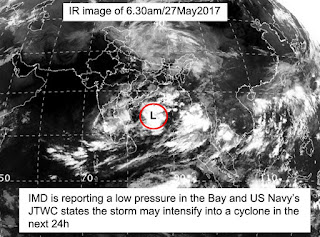 Posted by SaveTheHills at 3:32 PM No comments:

STH Activities with team of researchers from Colorado University (18May2017) 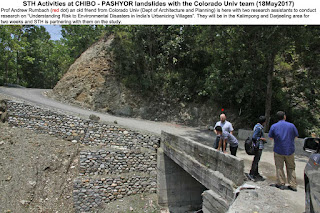 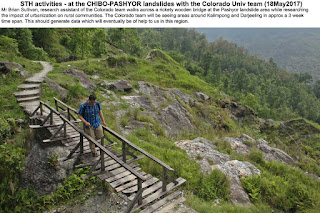 Prof Andrew Rumbach of Colorado Univ is an old Kalimpong hand (see 1 & 2) and is here for approx 3 weeks to research impact of urbanization and inherent risk to rural communities. He is accompanied by Mr Brian Sullivan and Ms. Izabela Petrykowska who are research assistants from the College of Architecture and Planning (CU), Denver
STH would be working with them in the Darjeeling/Kalimpong areas. 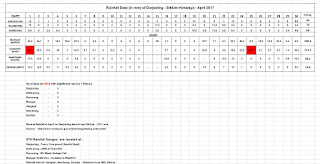 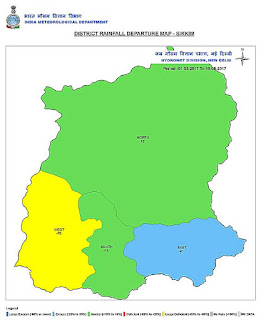 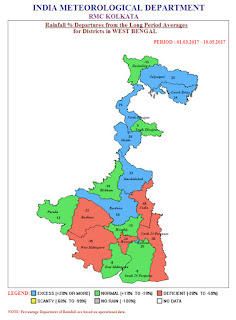 Synopsis of April weather.
We had the first cyclone of the year (Maarutha) brewing up in the Bay on 16Apr2017 but as predicted it affected Myanmar and a few north eastern states.
We had quite of lot of hailstorm activity in the region but no major damage was reported. We also published a mid-month bulletin on precipitation here.
A major landslide in Shimla caused quite a lot of sensation since a detailed video was uploaded on Youtube.

All maps are from IMD.

Posted by SaveTheHills at 7:59 AM No comments: 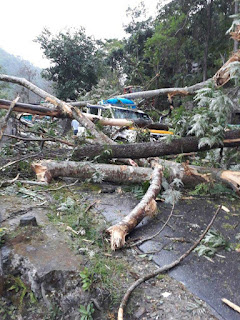 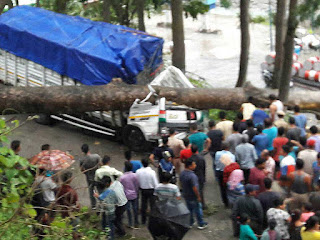 A thunderstorm in the morning of 09May2017 struck a huge region as can be seen in the satellite image below. In the Darjeeling-Sikkim region, the rainfall was not intense during the storm but associated winds at around 0900hrs IST, knocked down several trees on National Highway10 (NH10) which links Siliguri with Gangtok .
One of the trees crashed directly onto the driver's cabin of a truck plying on the highway at Melli, killing him instantly.
This is first death due to hydro-meteorological causes in the Darjeeling-Sikkim Himalaya in 2017. 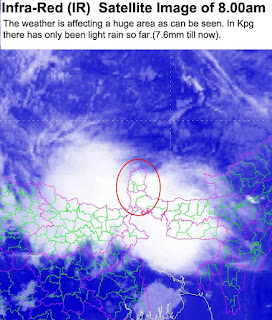 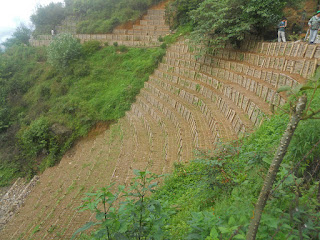 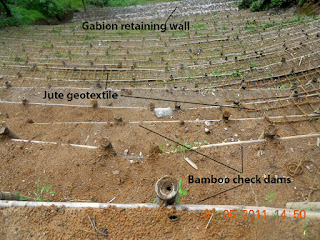 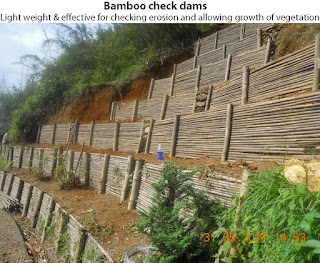