Rainfall data of some towns in the Darjeeling-Sikkim Himalaya: Jun2020


Jun 2020 turned out to be a WET month for the Darjeeling-Sikkim Himalayas, in fact for Kurseong at least, the wettest June in the last 5 years 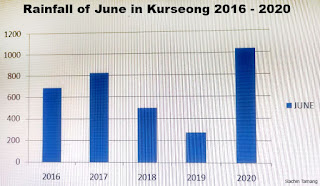 What is very apparent from the data below is that most of the precipitation occurred - in intense bursts. See image of STH AWS panel of 17Jun recording a transient rainfall intensity of 106.7mm per hour at Kalimpong and it is this type of intense rainfall which triggers landslides. 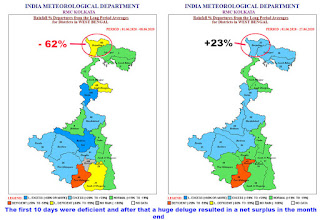 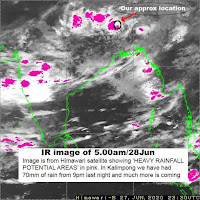 Towards the latter half of the months, RED & Amber warnings for heavy rainfall became the norm rather than the exception in SHWB (SubHimalayan W Bengal) and Sikkim. 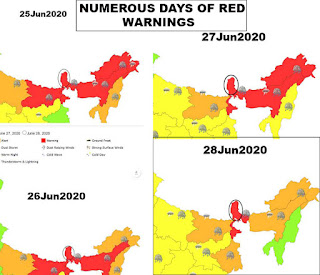 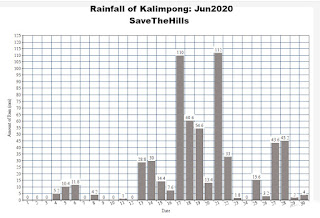 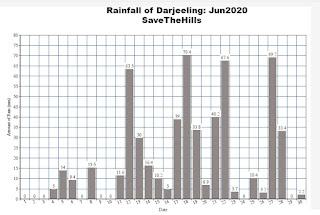 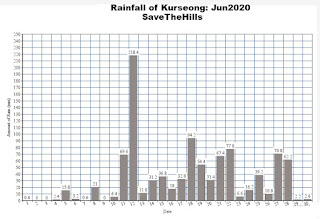 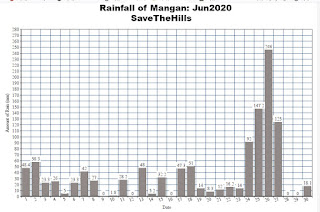 The rainfall of Jun2020 resulted in numerous landslides in Darjeeling and Kalimpong districts as well as many in North Sikkim. STH will try and document as many as possible in this blog.

My thanks to Ms Shreya Gurung for her help

Posted by SaveTheHills at 6:41 PM