"I do believe that the time has come for a paradigm shift in disaster management from a 'relief-centric' and 'post-event' response, to a regime that lays greater emphasis on preparedness, prevention and mitigation"
-  Dr Manmohan Singh
Prime Minister
1st India Disaster Management Congress (29Nov2006)
Vigyan Bhavan
New Delhi 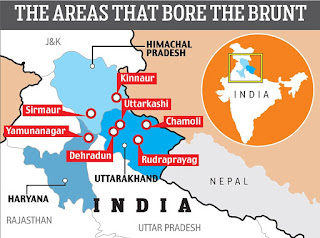 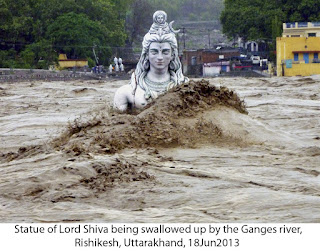 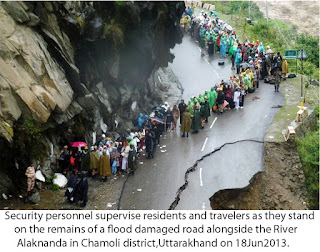 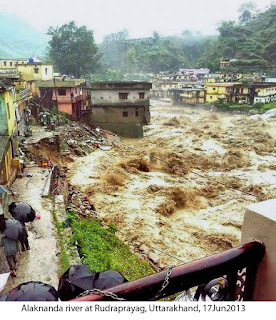 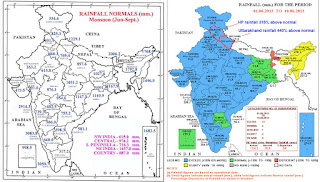 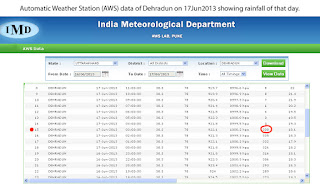 STH has been following the events in Uttarakhand and Himachal Pradesh (HP) states of India closely.
The death toll has notched up steadily and now stands at 130 with 500 people missing and  73,000 (many of them pilgrims visiting  holy Hindu places in the mountains) stranded at many places.
Here are some facts on the rainfall :-
Having followed this keenly, I am filled with a sense of dread because we went thru this entire grim scenario last year when Uttarakhand was battered by rain and landslides in August and Sep2012.
Meanwhile, the blame game has started. But living in a land where destiny, fate and karma can just as easily be held culpable, I doubt if we will ever get down to a more serious way of managing our disasters.
Pity, we never seem to learn and the PM's wonderful words, spoken 7 yrs ago in the 1st India Disaster Congress ring hollow.

Posted by SaveTheHills at 12:34 PM