Tanyang, a tiny village (in Samalbung GP, Kalimpong 1) composed almost entirely of people from the Lepcha community is approximately 2hrs drive from Kalimpong. It is a village of farmers and as such, land being their most precious asset, the loss of 10-12 acres of land due to the landslides creates a huge dent on the earnings and livelihoods of the people.
I was rather surprised to hear of a recent landslide in the village because of the mild summer monsoons this year and a deficiency in rains in July and August 2022.
We were in the landslide affect areas adjoining the main village yesterday where we did a drone survey of the landslide.
A Google - Earth image of the landslide dated 1/1/2021 is placed below: 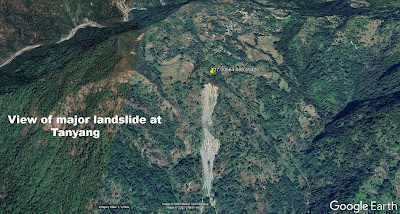 The local people, who are often the best judges, offered various reasons for the cause of the landslide:
When interviewed the women folk especially were apprehensive of the future and wanted to be relocated close by somewhere and quickly since the future of the family and children were at stake. 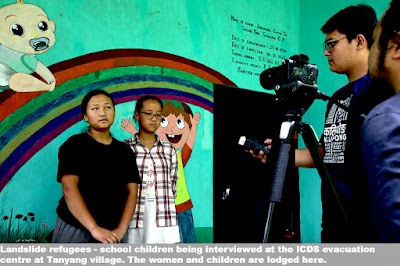 Media report of the landslide is placed below: 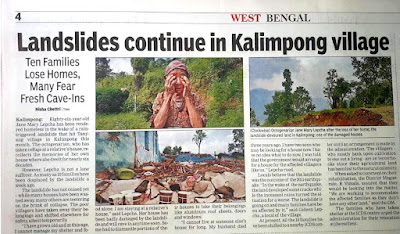 The link to the drone footage and interviews will be put up as soon as it is ready.
Praful Rao
Kalimpong district
Darjeeling Sikkim Himalaya

Posted by SaveTheHills at 1:35 PM