As per IMD, the southwesterly wind flow occurring over most parts of India and Indian Seas gives rise to southwest monsoon over India from June to September. The typical rainfall pattern over the Darjeeling-Sikkim Himalaya is shown below: 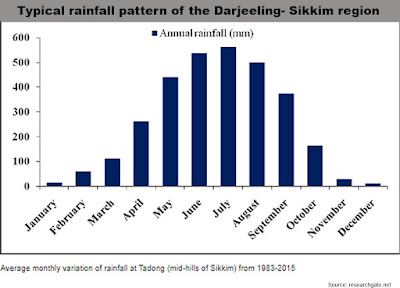 July is the month when our rainfall normally peaks, with the rains gradually decreasing thereafter.
The rainfall record of July2022 (day wise) of some towns of this region is  tabulated below: 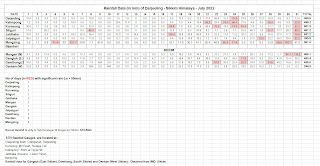 You will notice that we have added rainfall data of
a. Mangzing (a remote village in Pokhriabong GP, Gorubathan block, Kalimpong district)
b. Bijanbari (Relling GP, Pulbazar block, Darjeeling district)
in our effort to map the rainfall of this region.
What is clearly evident is that the rainfall of July 2022 for many parts of the hilly regions of North Bengal and Sikkim was significantly below the normal monthly rainfall (615.8mm). Also for the first time in many years, Kalimpong rainfall exceeded that of Darjeeling.
What is also noticeable from the graph (Fig 1) is the towns mentioned had significantly higher rainfall in June than July which is an anomaly. 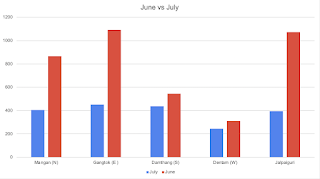 Fig1
July 2022 began with a large deficit in rainfall in the Sub Himalayan W Bengal and Sikkim regions however, the rains picked up a little in the third week of July. The paddy crop which is normally planted in July in rain flooded fields never happened in many places (Fig2). 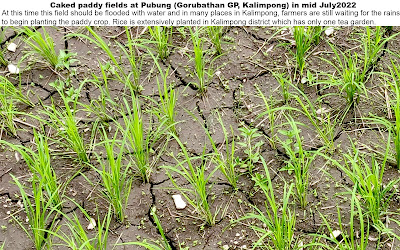 Fig 2
There was also very little activity in the Bay of Bengal and Pacific Ocean in this entire period  with hardly any typhoons forming in Pacific or low pressure areas in the Bay. A low which formed in Bay on 10July along with the rainfall deficiency is shown in Fig3: 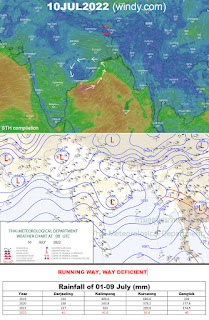 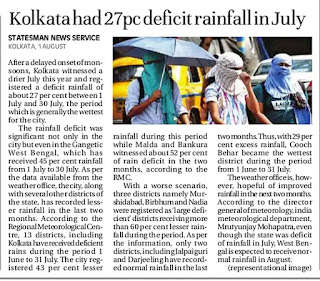 (Fig5)
Despite the deficit in rainfall, there were landslides especially along roads and NH10 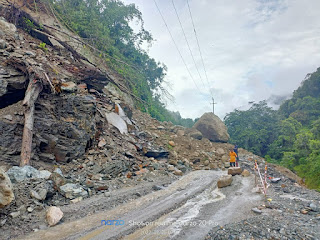 Landslide at Reshi checkpost on NH717A (below Pedong (Kalimpong district) on 25July 2022.

Posted by Shreya Gurung at 5:22 PM