Responding to the above invite, I talked on disaster risk, changing rainfall patterns and how to convert a smart phone into an effective early warning device. The meeting was attended by 30 odd officials, staff and workers from the Sericulture Research Station and from an agricultural institute. STH stormwatch activities
Though this activity is not featured in this blog as actively as earlier, STH has been more than active in social media mainly in our What's App group called HAZARD ALERTS (1 &2).
Placed below are some images of an earlier storm we tracked in the first week of March and another one which is still intensifying in the Bay and will eventually become a cyclone in another 3 days time. 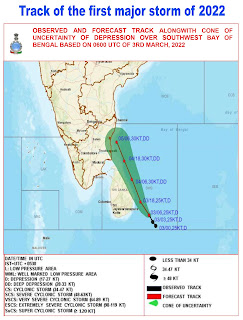 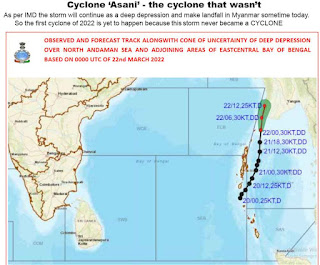