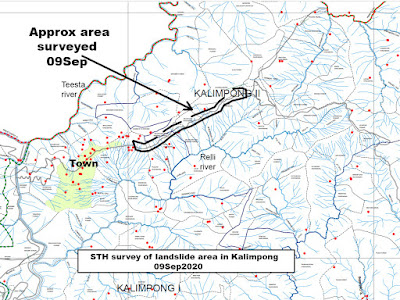 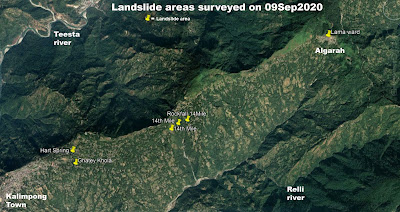 Continuing with the landslide surveys (See Report 1 and Report 2 in this blog)  around Kalimpong town, on 09Sep2020, we went to the north eastern sector of Kalimpong along Reshi Road upto ALGARAH. This road is of strategic importance to India since much of the logistics for the Indian army in East Sikkim (opposite Doklam) goes thru this road. Also in case of NH10 being blocked, this road, via Lava/Gorubathan serves as the alternate route to Siliguri.
Regarding the survey:
GHATEY KHOLA subsidence 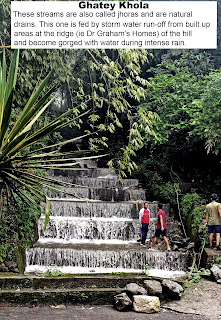 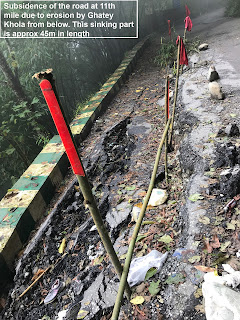 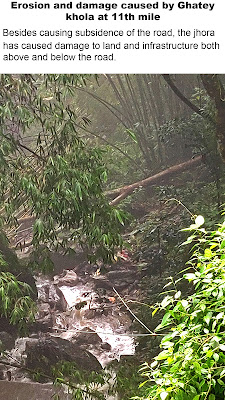 Coordinates: 27° 4'42.00"N, 88°29'50.88"E
Size of subsidence of road : approx 45m in length
During periods of intense rain, Ghatey Khola is notorious for causing landslides in this area since the runoff from the entire populated areas at the crest of the hill finds its way into this drain.
14th Mile sinking zones
The 14th mile sinking areas have been featured in this blog numerous times (see 1 and 2) and are one of the oldest landslide zones in Kalimpong. During the heavy rains of August 2020, these areas were re-activated at almost the same locations causing large portions of the Kalimpong- Algarah road (Reshi Road) to subside.
No other damage to farmland or infrastructure was observed. 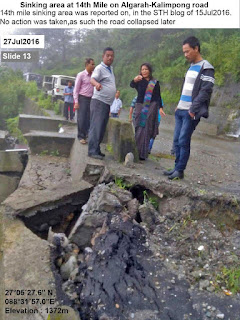 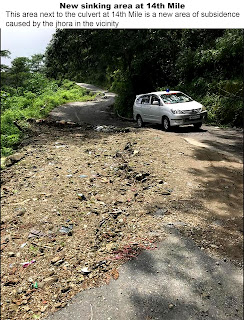 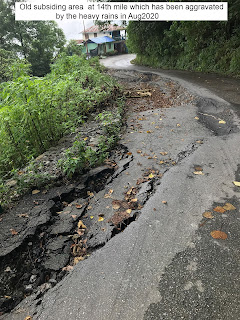 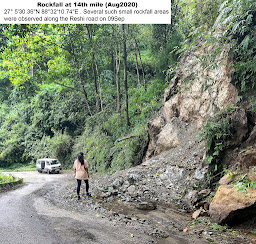 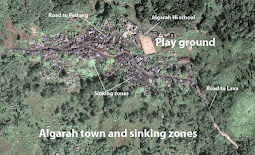 Algarah town is approx 15 kms NE of Kalimpong and has a long history of landslides. I had visited the area some years ago and marked out the sinking areas (above). WIth less rainfall in the past few years, the landslide and sinking zones had also diminished. This year with the intense rains that we have had, the hotspots have re-emerged and perhaps the most crucial one is the one in LAMA WARD which is located in the centre of Algarah town. 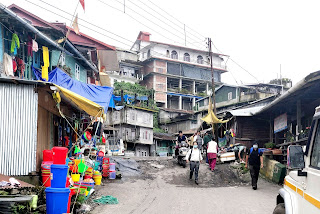 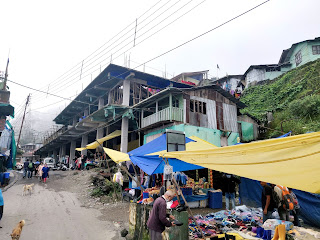 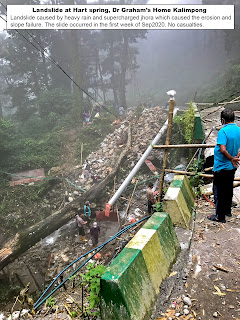 Posted by SaveTheHills at 2:24 PM