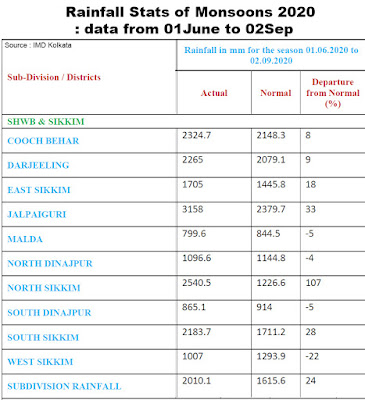 The New Normal : Intense bursts of rain in overnight thundershowers 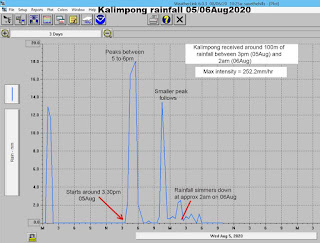 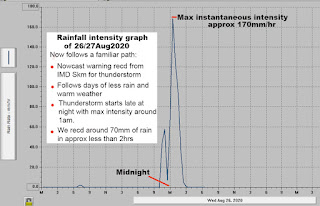 Graphs from AWS of SaveTheHills show the pattern of rainfall at Kalimpong on 05/06Aug2020 and 26/27Aug2020. In both cases, thundershowers commenced in the late evening or night and got over within a couple of hours with instantaneous rainfall intensities going upto 252mm/hr on 05Aug.

Did we have a cloud burst on 05Aug2020?
Even though we cannot prove it, I do believe we had one. Rainfall intensities reached never before levels of 252mm/hr and the event caused major damage to roads in Kalimpong and infrastructure in W Sikkim. 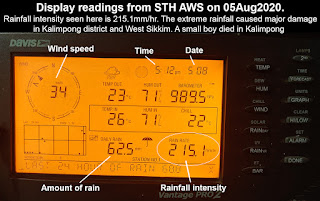 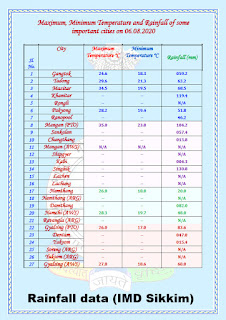 STH has already recorded the extreme rainfall events of AUGUST 2020 and their effects in earlier posts (see 1 and 2).

My thanks to Ms Shreya Gurung for compiling the rainfall data.

Posted by SaveTheHills at 2:02 PM