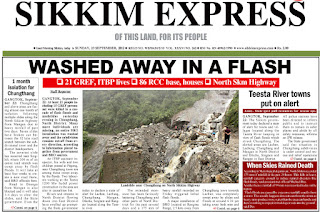 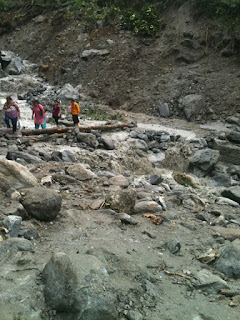 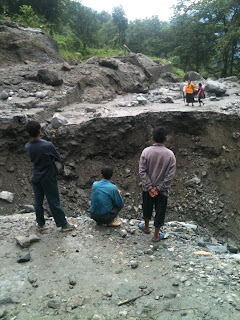 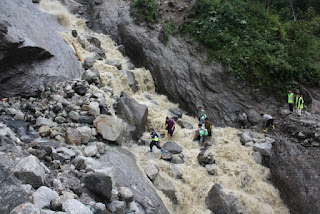 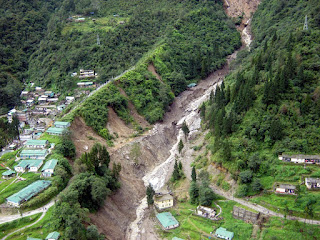 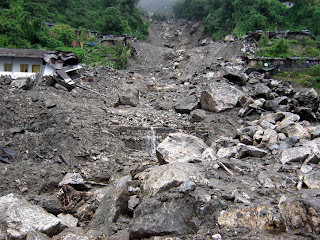 
Praful Rao
Posted by SaveTheHills at 6:45 AM No comments: 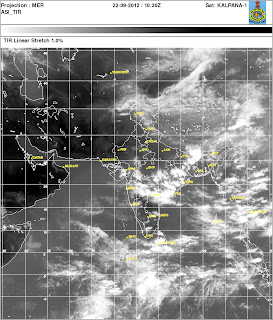 Comments by Praful Rao
We have been witnessing an extraordinary rainfall pattern over the last few weeks in this region.
In Kalimpong, we were terribly deficient in rain  from 01-09Sep2012 but between 10-17Sep2012 due to the monsoon trough shifting close to us and an upper air cyclonic circulation over Jharkhand, we received around 84% (343mm) of our monthly rainfall for Sep (410mm) in just 7 days and by 20Sep we crossed out monthly average.
What is worrisome is that this intense rainfall comes at the end of the monsoon season when the earth is totally saturated with water -  creating an ideal recipe for landslides.
Sikkim receives much more rain than Kalimpong and I do know that this month they have gone well past the monthly average there.
Placed above is the IR image of 22Sep2012  of 1600hrs (ie of yesterday when the landslide/ flashflood occurred) which shows dense clouding over Sikkim.
Posted by SaveTheHills at 3:46 PM No comments: 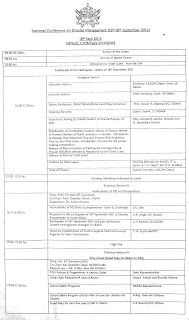 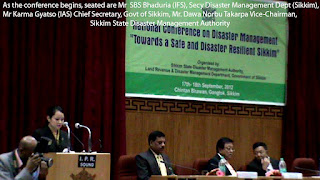 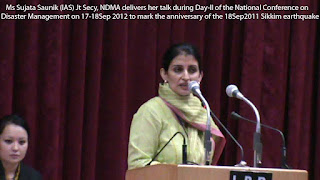 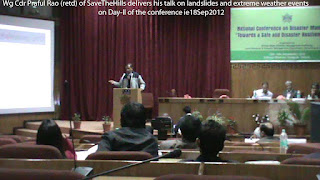 I had the privilege of attending  Day-II (18Sep2012) of the two day National Conference on Disaster Management at Chintan Bhavan, Gangtok. The conference was organized by Sikkim State Disaster Management Authority to mark the first anniversary of the 18Sep2011 Sikkim earthquake and as such was focused more or less totally on earthquakes.

I was, however allowed to talk on landslides and extreme weather events like the recent Sept rains which dumped 84% of the monthly rainfall in just one week.
The conference had delegates and speakers from Bihar, Odissa, Manipur and representatives from UNDP, UNICEF, IITs, NDMA, NDRF, officers of the army, BRO, para military or and many more organizations.
The keynote address on Day-1 was given by Shri KM Singh, Member NDMA and on Day-II by Shri Karma Gyatso (IAS), Chief Secretary, Sikkim.
Some of the outcomes of Day-II were :-
Posted by SaveTheHills at 6:38 PM No comments:

A day of rain & our frailty exposed 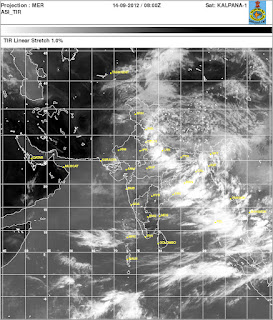 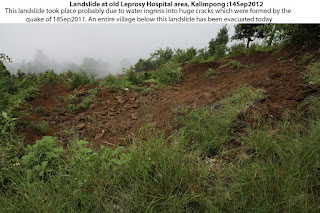 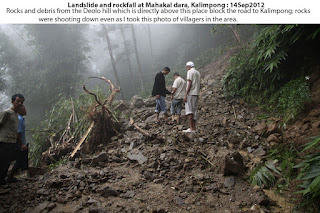 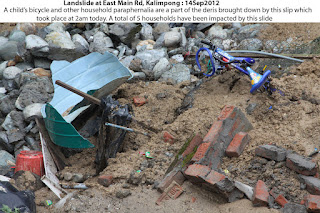 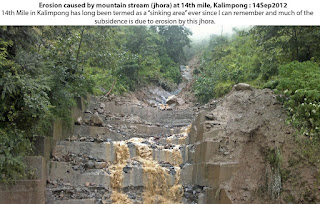 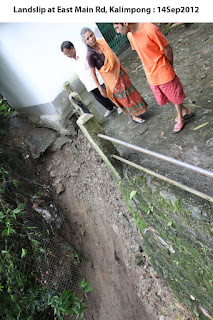 1. Between 13Sep afternoon & early14Sep2012, an upper air cyclonic circulation together with the monsoon trough lying near the foothills of our region (see satellite image above) dumped nearly 160mm of rain in Kalimpong.
2. This rainfall amounting to nearly 40% of the normal monthly rainfall (410mm as per IMD) for the month of Sep, grossly exposed how unprepared and frail we were:-
a) A landslide at the old Leprosy hospital, Kalimpong area has compelled the administration to evacuate a village (Chota Bhalukhop) directly below it since more rain is forecast tonight (see slide 2 from top).
b) Rock and debris brought down by a slide at Mahakal dara had blocked the road to the village and rocks were still hurtling down even as I photographed villagers there. (see slide 3 from top).
c) At East Main road, Kalimpong a slide which took place at 2am this morning had destabilized the foundation of 5 houses. The distraught families were talking of moving to a school tonight.
(see slide 4 from top).
d) At 14th Mile in Kalimpong, the jhora or mountain rivulet had pulled down parts of the mountain side and also caused severe subsidence in parts of the Kalimpong - Algarah road. (see slide 5 from top).
e) Again at East Main Road a bamboo thicket next to a church had collapsed, pulling down the foundation (see slide 5 from top).
f) At Bara Bhalukhop 2 houses were partially damaged by slides.
2. The only saving grace, was there were no casualties.

Posted by SaveTheHills at 4:23 PM No comments:

The monsoons have been unusually mild this year and Aug2012 was another month of deficient rainfall in this region (along with May/Jun2012).
What is also strange is that thus far, there has been no major weather activity in the Bay of Bengal and as such we have not observed any low pressure/depressions or cyclones in the bay during this entire season. 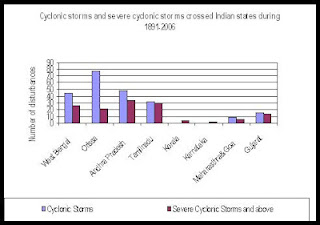 No major landslides took place in the Darjeeling - Sikkim Himalaya in Aug2012
Praful Rao
Posted by SaveTheHills at 12:25 PM No comments: