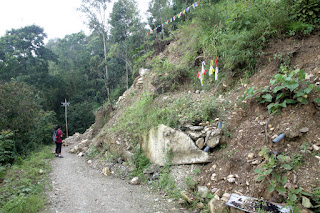 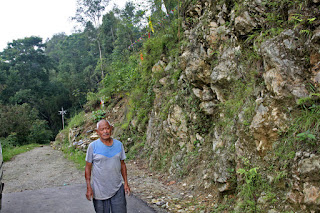 Location: Lower Mahakal Dara, Tirpai, Kalimpong
Coordinates: 27°04.726´N, 088°28.868´ E .
Elevation: 1265m
Date of Occurrence: Old landslide but gets reactivated with heavy rains. This time got activated in Jun2020 and again in July2020.
Landslide type: Debris
Size: Larger than a 3 storey building
Cause of Landslide: Heavy rainfall and road widening activity
Damage:
* Road from Mahakal Dara to Khamdung seen has been partially blocked by the slide.
* Tikaram Rai, aged 69, (seen in the bottom image) a farmer and his brother have lost approx 1 acre of farmland at Mahakal Dara (directly above the road seen)
Rainfall: 06July -109mm, 23Jul - 62.8mm,27Jul - 88mm 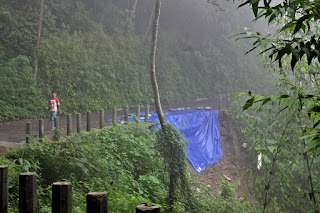 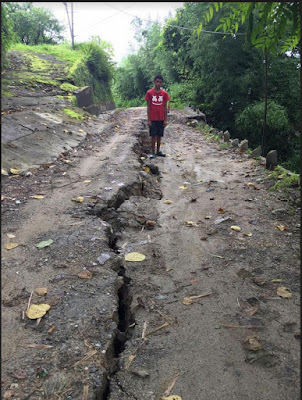 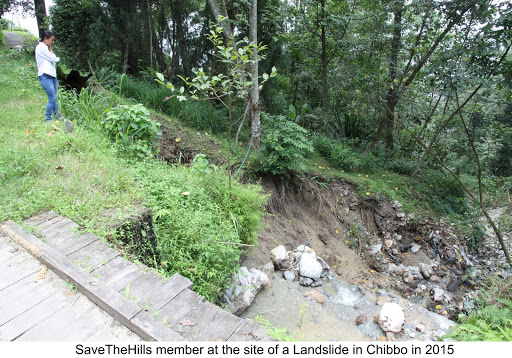 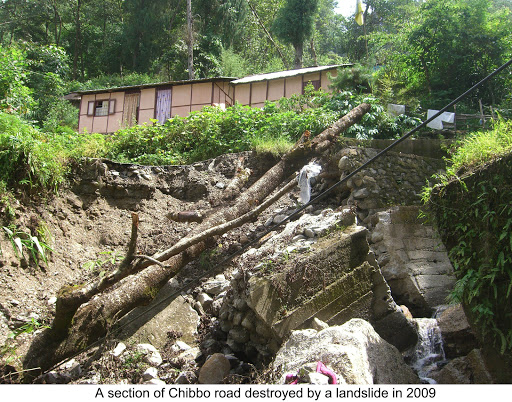 Location: CHIBO, Kalimpong
Coordinates: 27°3’9”N, 088°27´19”E
Date of Occurrence: 29Jul2020
Elevation:1150m
Landslide Type: Debris
Size: Huge (3-4 storey building size)
The CHIBO-PASHYOR landslides have been covered numerous times in this blog and have been the subject of study by equally numerous scientific studies.
This area, particularly was studied by IIT KHARAGPUR, IIIT Hyderabad and even though IIT Kharagpur submitted a DPR for mitigation work in exactly this spot, nothing came out of it.
Read here
Damage:
* The subsidence of this road yesterday, means that the main road linking CHIBO and a number of villages on the western face of Kalimpong ridge to Kalimpong has effectively snapped.
* Several families live directly above this landslide and in its close vicinity whi
Praful Rao
Kalimpong district
Darjeeling-Sikkim Himalaya
Posted by SaveTheHills at 2:38 PM No comments:

Over the past few months, I’ve spent a lot of time going through the various notes, photos and interviews that constitute my fieldwork data. This led me back to the field visit my research assistant Lochan and I took on 21/11/19 to the very remote landslide-affected villages of Rabek and Ladam, near Rishap in Kalimpong’s Algarah Block. Since the day we visited, I’ve felt a need to highlight the seemingly forgotten plight of the people of Rabek and Ladam. It is for others to decide what should be done to help the people there.
Rabek and Ladam:
Rabek and Ladam are small, remote villages just beyond the village of Rishap. A rough GPS location is 27°07'32.8"N, 88°39'35.8"E. 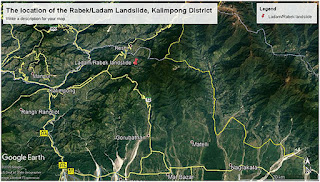 Figure 1 – The location of the landslide in Ladam/Rabekin Kalimpong District.
Our visit:
Lochan and I visited Ladam and Rabek on 21/11/19. We found about it through the Kalimpong District Disaster Management Plan and contacted our interviewees by speaking to people when we arrived, as they gave us phone numbers. The area is around a two-hour drive from Kalimpong Town, followed by about a two-hour walk down the hillslope to reach the villages of Ladam and Rabek. It would have taken perhaps another hour to reach the lowest houses in the village, but we didn’t have the time or energy to do that!In the village itself we interviewed one of the leaders of the affected community. From there, we climbed back up to the top of the hill and then visited the camp where most of the displaced currently live. We spoke to few of them there in a sort of open discussion, led primarily by one member.It isn’t the easiest landslide to photograph because it is an entire hillslope. In the below picture, one of the lowest houses in the village can be seen, to give some sense of the scale of the affected area. 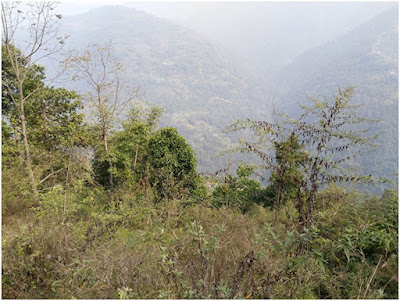 Written by Peter McGowran, with thanks to Lochan Gurung and Praful Rao.

Posted by SaveTheHills at 7:25 AM No comments: