Arubotay - a village under threat of extinction from Landslides

Till yesterday, neither I nor anyone had heard of a tiny, obscure village called ARUBOTAY (which literally translates into 'Place of Plum Trees'). It is located in Majua GP, Block Office Bijanbari of Darjeeling district and if it doesn't grow plums, what it does grow is thousands of tons of squash.
Yes! agriculture is the mainstay and livelihood of people in Arubotay - that, along with tourism.
A few days ago I received a call from a friend asking me to visit the village and check the landslide situation there. I did that with STH member Ms Shreya Gurung and Mr Christopher Lepcha of Anugyalaya, a Darjeeling based Roman Catholic NGO.

2. Brief history of the landslide
I talked to several people of Arubotay who told me that the initial cracks and fissures had appeared on the hillock during the Sikkim earthquake of 18Sep2011 but many remarked their area was stable even during the mega-disaster of Oct 1968.
Thereafter, the region had remained more or less unscathed during the many intervening years . In 2020 however, the cracks had started 'growing' as early as July following heavy rain. One must note that there is also a fast flowing mountain river (Chota Rangit) below the Sacred Heart School, on the eastern flank of the hill.
3. Landslide time and date:
The major landslide on the eastern face of the Arubotay ridge line and near the Sacred Heart School occurred at around 11.30pm on 23Sep2020, thereafter it continued on 24/25 Sep2020, when most of the instability and sinking in the village occurred. The landslide continues to be active even now.

Other data on the slide
a. Probable cause : Heavy rain and also erosion by mountain stream on the eastern flank
b. Size : Very large
c. Damage to property etc:
i. The Sacred Heart School at Arubotay is being demolished since it is unsafe.
ii. Around 26 homes totally damaged and 10 homes partially damaged
iii. Loss of farmland - around 20 acres.
iv. Road communication from Maneybhanjyang to Jorethang (Sikkim) has been cut
d. In all probability most of those who have lost their homes will have to be relocated as the mitigating or controlling the landslide appears impossible.

Detailed rainfall records of our region are available in the STH blog. Day wise rainfall record of Sep2020 will be published in a week.
4. About Sacred Heart School
The new Sacred Heart School building donated by a Luxemburg NGO was inaugurated in 2011 and was run by the Roman Catholic Diocesan trust at Arubotay. The school was functional from much earlier and had 57 students, mostly from around the area, enrolled in 2020.
The building is being DEMOLISHED today. 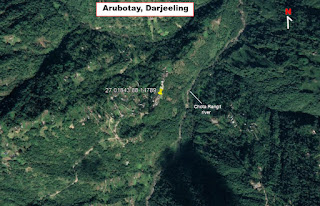 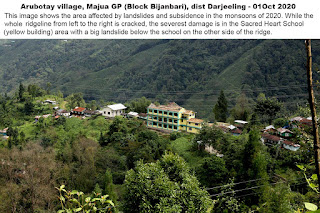 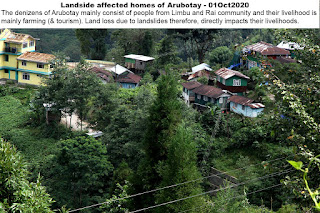 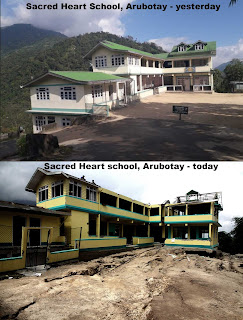 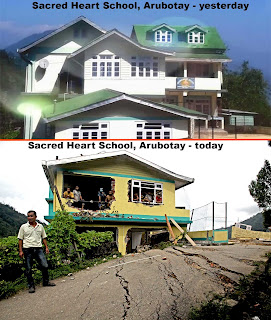 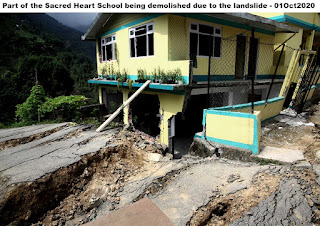 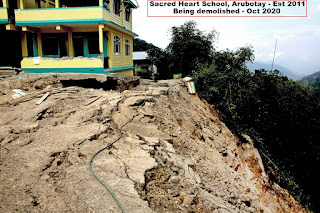 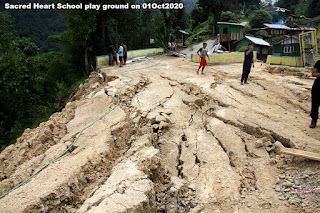 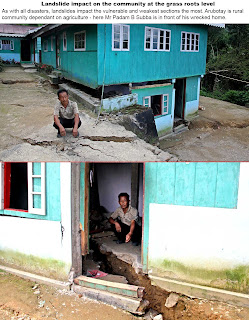 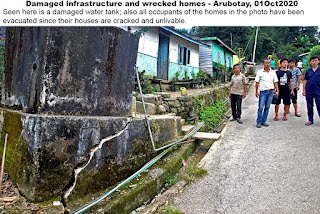 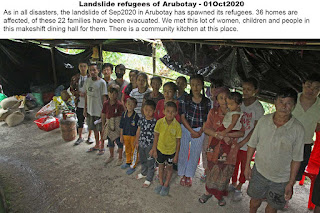 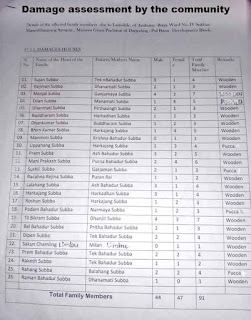 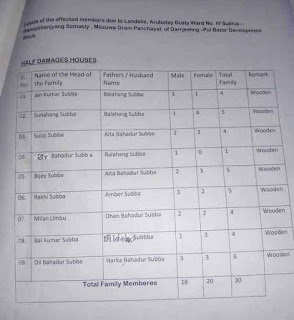 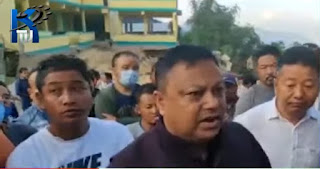 Update 1
On 10Oct2020, the District Magistrate, Darjeeling accompanied by the GTA Chairman (seen above), visited the ARUBOTAY landslide area and among other things discussed the possible relocation of affected people. We also know that the GSI will be send their officials for a study of the area in a few days.
Update 2 (25Oct)
Two geologists from GSI visited the area around mid Oct2020 and have filed their report to the Darjeeling district administration, based on which the BDO Pulbazar has issued a notice for relocation of the residents of Arubotay. 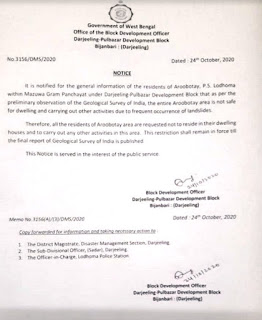 Our thanks to the community of Arubotay for their time and help during our visit yesterday and my sincere gratitude to Bishop Stephen Lepcha for his initiative and help.
Update 2
I received this letter from the Bishop, yesterday (16Jun2021): 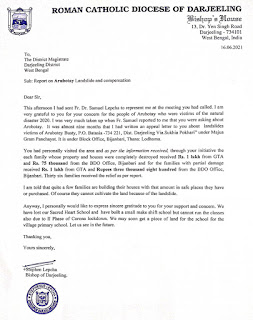 Report by Praful Rao and Shreya Gurung
SaveTheHills
Posted by SaveTheHills at 4:01 PM