The OCT2020 saw some really hectic weather activity in the Bay of Bengal, the Darjeeling-Sikkim Himalaya escaped this and except for North Sikkim which recorded above average rainfall, all other towns had deficient rainfall.

The rainfall stats from IMD are shown below:- 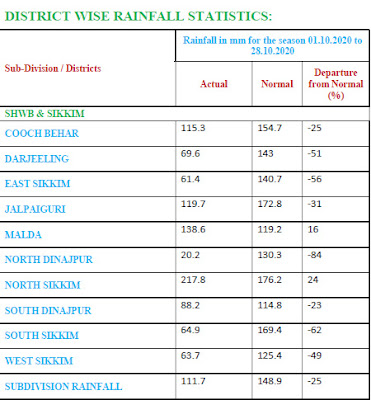 The sudden and sharp change from 'Large Surplus' rainfall in Sep2020 to 'Deficient' rainfall in Oct2020 is seen below: 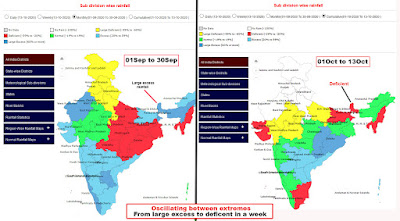 With the numerous storms in the Bay of Bengal in Oct 2020, the withdrawal of the SW Monsoons from this region was delayed. 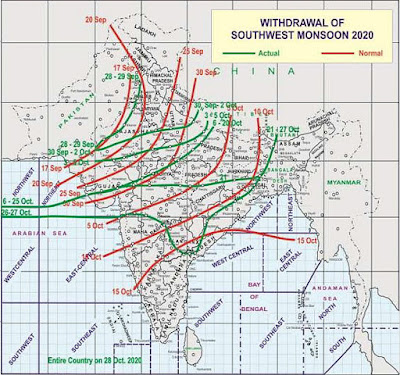 Posted by SaveTheHills at 11:01 AM