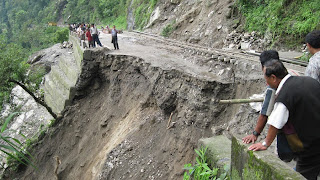 
Posted by SaveTheHills at 7:06 PM

did the driver survive? I am interested in your cause

I'm with a TV company in the US that would like to pay Mr. Bhushan Chettri to use his footage in a show about trucking in India. My e-mail is

Please send me an e-mail so I can send you an official request and see how we can get a copy of the video and pay for its use within our show.

My Skype is davidscottjones if you wish to talk to me. I'm based in Los Angeles - USA & I'm at -7 GMT